Is President Trump the ‘Lord’s Anointed’? 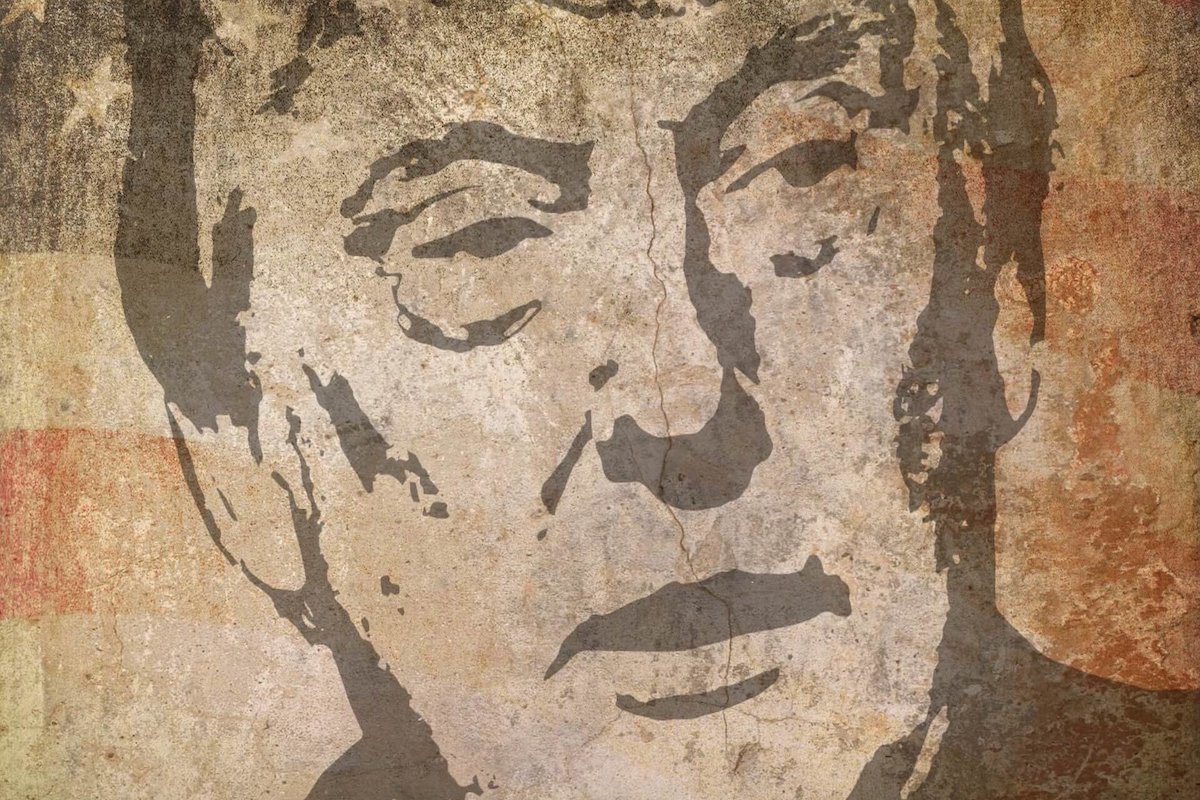 I don’t know what your social media feed looks like, but mine is crowded with a confusing stream of conversations about Trump’s rise to the White House. The Christian church it seems, is deeply divided, particularly inside the US. For the 80 or so percent of white American evangelicals who voted for him, Trump is an answer to prayer and the fulfilment of God’s plan to address the immorality in the USA.1 At the other end of the spectrum, he’s seen as a misogynistic and unethical bigot; his win a shame on American Christians who care more about preserving their privilege than protecting the marginalized.2

The majority of these statements are presented as mere opinion, so we know there’s plenty of room for them to be flawed. But among them, there’s also a number of ministries who claim to be hearing God’s voice directly on the matter3: So, Trump is “God’s anointed man to turn America around”4 and, Trump is “like the Cyrus of old who will be used as God’s instrument to lead the nation back to him.”5 These voices make confident appeals to divine origin. But what do we make of them? How do we know if what they’re saying is – or isn’t – from God?

Test “Against the Scriptures?”

We know that we can hear God’s voice, but we also know that we can get it wrong and therefore every revelation must be tested (1 John 4:1). One of the most common ways we’re told to do this is to test what we hear “against the Scriptures.” The Scriptures are the foundational authority for our faith, so everything must be held up against this standard. In fact you’ll notice many of the prophetic words that have been published over the election period reference the Scriptures in their claims6: Trump is the 45th president just as Cyrus’ is prophesied in Isaiah chapter 45; as Cyrus authorized the Jews to rebuild their temple, the modern-day Trump will assist the Jews to build the third temple; Trump will lead the nation, invoke fear from other nations and take the world into a new day7, and so on.

But the careful thinker will see that the call to test revelation “against the Scriptures” can be problematic. Under this schema, someone could make a claim that “God told them” to sacrifice their child (see Genesis 22), commit genocide (see Deuteronomy 8) or divorce their spouse on the basis of race (see Ezra 10). Such a statement is over-simplified and can even be unhelpful. It can tend towards proof-texting and pulling verses out of context to make them fit what we want them to say.

What most people actually mean when they say to test revelation “against the Scriptures” is to test it against God’s character and nature as depicted in the Scriptures. Since God’s nature is the same yesterday, today and forever (Hebrews 13:8), anything he says to us today will be in line with who he has shown himself to be. We would know for example, that a ‘prophetic word’ that tells me to rob a bank is not from God since he’s already said “don’t steal” in the eighth commandment. So the question at the heart of every claim to revelation is; is this consistent with God’s character and nature?

And how do we know God’s character and nature?

This question is precisely why God sent his son Jesus to earth. Jesus came to show us what God is like. He is the living, breathing demonstration of God’s nature; God’s word in the flesh (John 1:1,14) and the perfect image of the invisible God (Colossians 1:15). That means that not only everything Jesus said revealed God’s heart, but also everything he did. We see his compassion when he healed the sick, his grace when he set the captive free and his love when he forgave his executor. Jesus is the clearest, most perfect representation of who God is; “If you have seen me, you have seen the father,” he said (John 14:9). This means that whenever we make a claim to a message from God, it must be filtered first and foremost through the person of Jesus. We must ask; Would Jesus say this?

So while we may use the Old Testament to help us assess our prophetic experiences, we also need to understand the limitations of using it on its own. In the Old Testament period, the Spirit ministered in ‘shadows’ and ‘types’ – the faces of the people were ‘veiled’ because they couldn’t see the fullness of God’s nature (Hebrews 10:1,11-14). The prophets themselves knew this and looked forward to our time, knowing it would be an improvement on theirs (Numbers 11:29, Jeremiah 31:33-34, see also 2 Corinthians 3:7-18). The author of Hebrews puts it this way: “In the past God spoke to our ancestors through the prophets at many times and in various ways, but in these last days he has spoken to us by his Son… The Son is the radiance of God’s glory and the exact representation of his being…” (Hebrews 1:1-3). Ultimately this means that today we’re in a better position to recognise the Spirit because we have seen Jesus and we know that his voice and the voice of the Spirit are one and the same.

The Problem of Context

The other problem is of course, that when we judge contemporary prophecy solely against the backdrop of the Old Testament, we encounter the problem of context. Today’s political scene is radically different to the world of the Ancient Near East. Most of Old Testament history is Israel’s history – a theocracy founded under the call of one man, Abraham. Today (in the west), we live in democratic nations where leaders are elected by the people. Today there is no such thing as ‘a Christian nation’. The Reformation of the 16th Century took great pains to remind us that it’s as individuals that we make a choice to follow Christ when we confess Jesus as Lord (Romans 10:9), not when we’re born into a certain political region. Our times are radically different to the Scriptures. That in itself should be enough to give us pause when it comes to discerning God’s voice in our day.

It’s also why when Jesus left the planet, he sent us his Spirit. The Spirit would remind us of the things that have already been said, but would also speak of things to come (John 16:12-13). The Spirit would be the one who helps to express the purpose and nature of God against the backdrop of our time. He would speak to us about the issues concerning our lives, applying his will to our context. That’s why he said it would be better if he left (John 16:7). But in hearing his voice today, we must remember the voice of the Spirit and Jesus are one and the same. What he says today must be consistent with what he has already said.

Would Jesus Say This?

Ultimately we must ask, would Jesus say this?

And more specifically, when Jesus was on earth, what view did he take on the reigning powers that governed his world?

Oddly enough, Jesus rarely spoke about politics – and it was not as though there wasn’t plenty to say. In his day, God’s people groaned heavily under the weight of Roman leadership and longed for a messiah who would establish sovereign rule to Israel once again. Some of them – the Zealots8 – favoured armed rebellion, believing that God would deliver them with the sword just as he had done in David’s time.

Yet in this politically charged atmosphere, Jesus made very few political statements, with only made one or two references to Herod and Caesar – mostly about the need to keep civic responsibilities and pay taxes (Matthew 22:15-22). His other comments about powers and authorities had more to do with an invisible kingdom that operated apart from platforms and positions – a kingdom that operated in hidden places when one chose to love their enemies, forgave after being wronged, and showed mercy to those who were suffering (See Matthew 5). In this system, love, joy and peace were the policies of the day. Jesus’ entire attention was given to building a spiritual kingdom not an earthly one – one that started small as a mustard seed, that grew within hearts rather than being imposed from without (See Matthew 13), that ultimately conquered as a slain lamb rather than an armed soldier (Revelation 5). In short, Jesus completely redirected the people’s attention away from politics as a tool for change, instead calling for a revolution of people’s hearts.

Citizens of a Democracy

Jesus’ obvious disinterest in political matters doesn’t mean that today we shouldn’t have an opinion, share informed ideas or debate about policies and who we should vote for. These are all responsibilities of what it means to be a good citizen of a democracy. The Apostle Paul reminded us that it is beholden on Christians to serve their country well, honour their leaders and pray for those in charge, regardless of the who is in power (Romans 13:1-7, 1 Timothy 2:2). And we also know that ultimately God is sovereign over and above the powers of this world.

So, the question becomes, would God speak about current political leadership? Certainly God has something to say in the midst of the global turmoil surrounding us today. Certainly he is not silent in the face of power and corruption, issues of character and integrity and the fate of his people living in a tumultuous world. But would he say Trump is the Lord’s anointed?

First ask yourself, would God say this?

Then let your answer be consistent with the character of the One who is most perfectly revealed in Jesus.

We’d love to hear your thoughts on this topic! Please keep them thoughtful, civil and free of personal attack.