When I’m Listening, but God is Saying Nothing 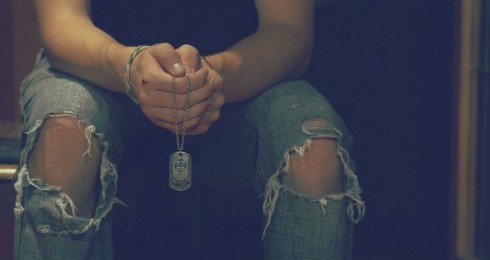 09 May When I’m Listening, but God is Saying Nothing

You know how it feels.

You’ve trudged up a lonely mountain, sat cross-legged for five hours with a Bible in your lap and prayed intently for answers until your knee joints are screaming.

Or you’ve knelt endlessly at the altar, read the Scriptures and repeated the prayers; you’ve asked, sought and knocked during every sermon, liturgy and devotional reading you could find.

And there is nothing. Zip. The heavens are steely cold. The airwaves are silent. The divine internet has run out of data.

What on earth is going on? Why is God not saying anything?

At this point, I could go into detail about what the ancient mystics poetically termed; ‘The Dark Night of the Soul’ (google it!) – how God’s silence is sometimes a divine strategy to draw us closer to him, and though I love some of their ponderings, I want to first check off some other possibilities that have been tried and tested when God is not speaking in my own God-Conversations journey.

Here’s three possibilities I always consider when God is silent:

This one is probably the most likely. It is usually because I didn’t like what he said – it didn’t pull enough punch; didn’t say what I wanted to hear. Sometimes I’d even written it down in my journal as an offhand thought and then in my desperation to hear something better, I’d promptly forgotten it. It was only until weeks later when my Facebook News Feed got boring that I rediscovered it and realised it was worth taking a closer look.

2. I haven’t responded to the last thing he said.

Perhaps I had listened, but listening is not just hearing in God’s economy. Listening means fully taking in what he’s said. Like food we can’t just chew it and spit it out; we need to swallow it and digest it until it becomes a part of us. That takes time and effort. Often it requires action – meditation on his words; doing what he said and living them out in our lives. “Eat this scroll I am giving you,” God said to the prophet Ezekiel; “And fill your stomach with it.” (Ezekiel 3:3) We need to let his words fill our hearts before we are ready to receive more.

One of the darkest times in my life took place when I was 27 years old. It was one of those confusing, it-looks-as-if-you’ve-failed-God incidents. Everything I believed about God fell apart.

So I did what everyone else does in those times and screamed out “Why?” with long and loud emanations. God eventually spoke, but what he said didn’t answer my question. His message mirrored Jesus’ words to the disciples during his farewell speech; “I have much more to tell you, but you are not ready for it.” (John 16:12)

In other words, you cannot understand my purposes in this right now. You cannot receive what I have for you. You are like the third grader trying to understand Pythagoras Theorem. First you must finish learning your twelve times table.

It was a full year later when he finally answered my question. By then I was mature enough to understand his perspective. I was ready to hear what he said.

God’s wisdom means not only knowing what to say, but when to say it. If God appears to be silent today, be reassured by your knowledge of his character. His lovingkindness is never failing even when we can’t feel it. Then check yourself. Are you prepared to hear whatever he wants to say? Have you responded to the last thing he said? We may be waiting for him, but sometimes it is him who is waiting for us.

Have you ever known God to be silent? What did you learn from the experience?  Share your thoughts below: