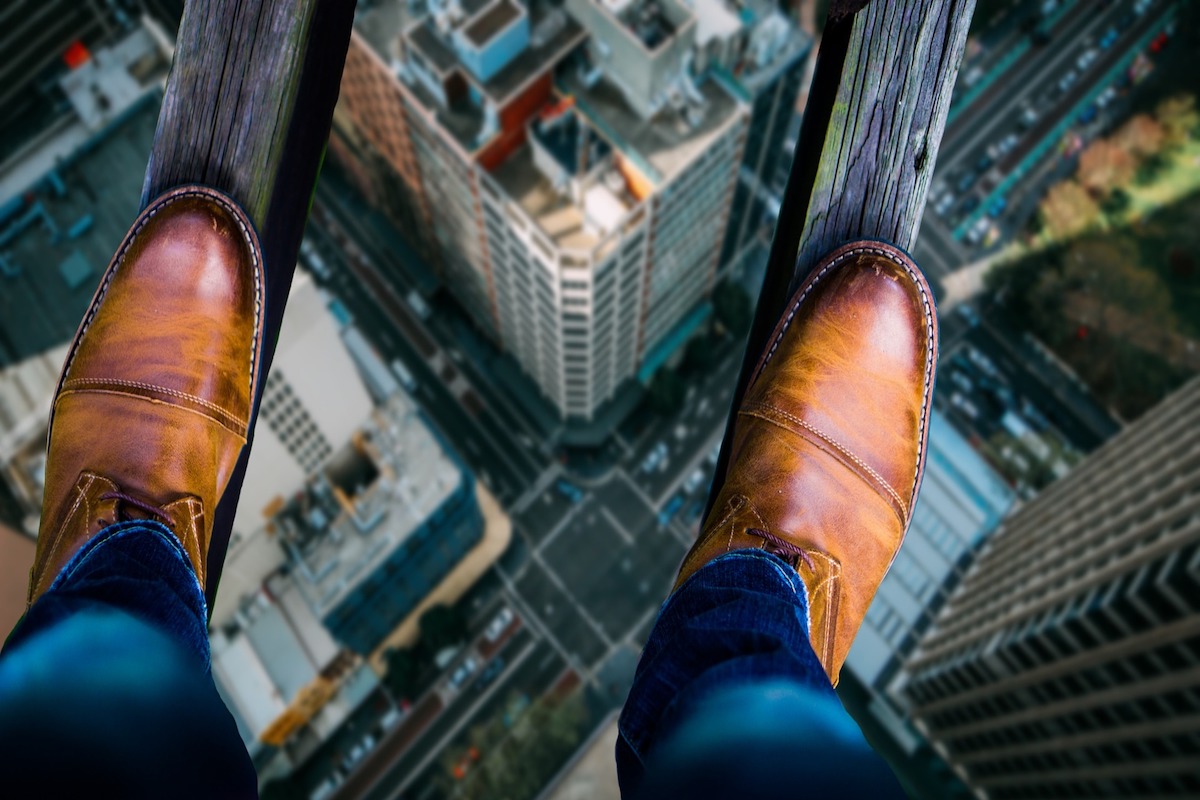 Three of the world’s largest religions claim that God speaks and more than a minority of today’s population say that he has spoken to them. Yet a few months ago, American Vice President Mike Pence was labelled mentally ill when he made the same claim. Are we crazy to say that we hear God’s voice?

Comedian Lily Tomlin once asked why people who talk to God are said to be “praying”, but those who hear him talk back are called “schizophrenic”. These days of course, we’re more likely to say it’s the universe speaking or our intuition at work. But for Jews, Muslims and Christians, this is a serious question, as the “God said” experience forms the basis of their faith.

Jews for example recount their origins from a voice in a burning bush, a dream of a staircase to heaven and a prophecy to a king. Christians share the same history, expanding the repertoire to include stories of angelic proclamations, visions of Jesus and symbolic calls to mission. Muslims also point their origins to divine visions and voices and today celebrate the “night of power” (or Laylatul Qadr) during Ramadan when the faithful expect to hear God’s voice in a dream.

In an increasingly secular world, these kinds of stories are usually seen as the quirks of pre-civilised society. Yet sociologists tell us that even today, paranormal experiences are normal, ‘religious’ phenomena are widespread and a majority say they’ve ‘heard from God’ on at least one occasion. Are we crazy? If so, there are a lot of us.

Unfortunately, academics don’t help us much. Scientists usually start out with the assumption that divine involvement isn’t plausible and if it was, it couldn’t be tested anyway. Amongst philosophers, the area is virtually ignored and even the world of theology seems to avoid the topic. These days, any claim to divine discourse brings on allegations of schizophrenia or drug-induced hallucinations. For many, it’s all just too embarrassing.

The Skeptic at Work

I remember the first time I considered the possibility that God could speak personally. Raised in a conservative church that drew the line at supernatural experiences, I approached the idea with a considerable dose of skepticism. Not a natural mystic, I’d never been one to rely on hunches, impressions or vibes. Anecdotal observations told me that many of the claims to God speaking could be explained by memory, intuition or the Baeder-Meinhof phenomenon (where once you’ve seen something new, it appears at every turn). Instead, I was out for something concrete – the kind of surreal experiences I’d read about in biblical history that would be impossible to conjure up. My desire to test the theory led me to on a surprising journey that radically changed my plans and ended up shaping my career.

In church life, the act of God “talking” has multiple layers of meaning depending on which circles you come across. The conservative types are more likely to equate God’s voice with reading the Bible, while the progressives typically embrace the more supernatural experiences such as visions, dreams and prophecy.

All tend to be a little reticent to use the phrase ‘God told me’. This can be a real headache for pastors when parishioners use it to manipulate or add weight to their point. If God really did speak, who are we to argue? The problem is that people get it wrong. After all, “God told” the leader of Boko Haram to kidnap those teenage girls in Nigeria. “God told” the crusaders to slaughter the Muslims. Or on a different scale, “God told me that you should promote me.” History is full of the damaging fallout from “divine” inspiration. Indeed, hearing from God can be a risky business.

Of course it all depends on what kind of God you expect to hear from in the first place. For those encountered in my PhD studies, God only ever spoke to bring about positive outcomes. The stories I heard were out-of-the-box, unexpected and often miraculous. Hearing God’s voice led to marriage, career decisions and dramatic healing journeys. While there were a few unfortunate tales, most were impacted for the better. For the one or two interviewees that suffered from mental illness, discernment was no problem; “I knew that the voice telling me to throw myself onto the railway tracks wasn’t from God.”

Christians understand the voice of God to be the activity of the Holy Spirit. When Jesus announced to his followers that he was leaving the earth, he promised to send his spirit who would “remind them of the things he’d already taught” as well as speak of “things to come.” The rest of the New Testament scriptures tell how this unfolds: the Spirit speaks to give direction for the church, preparations for a famine and the outcome of a violent storm.

Reading those stories inspired my own. If God could still speak to me, what would he say? It was the conversations about the future and the unknown that I found most intriguing. When they began to happen in my own life, they left me feeling awestruck and even a little crazy – the time I saw a vision of a house I would later live in, a dream of a job that would manifest and a person I was to meet a year later. But it wasn’t just those ‘out there’ experiences that had an impact. It was the profound other-worldly wisdom I received that changed the way I lived: the voice that said ‘give your money away’ when I wanted to hold onto it; the voice that said show kindness to a nasty colleague when I wanted to fester in my bitterness and the voice that called me to start a project in spite of my fear – the voice that is ultimately transforming me into a better version of myself.

My journey convinced me of the reality of a personal God who still speaks. Call me crazy if you like. I’m happy to wear the label if it means I’m hearing God’s voice. Personally I’d say it’s crazy to pray to God, and not expect to hear him speak back.