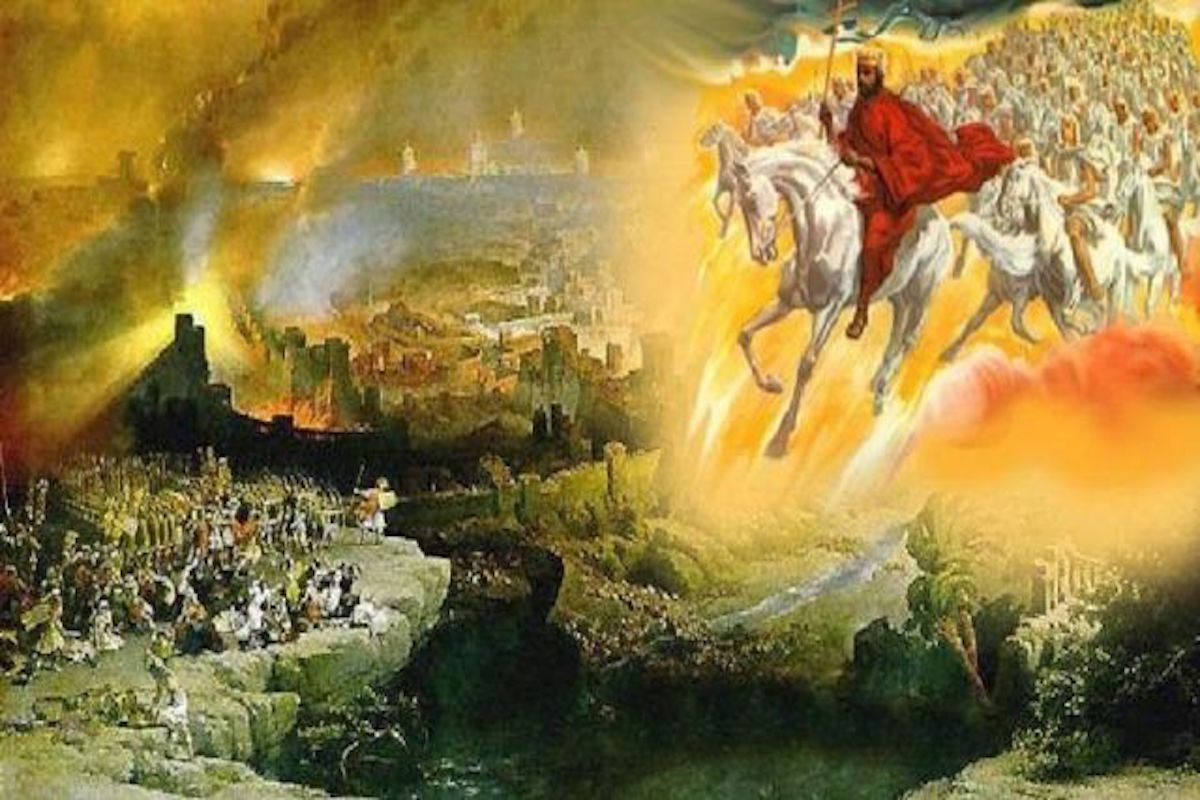 When I was growing up, the movie; A Thief in the Night was in vogue. I can still remember a number of the scenes; pilots disappearing from aeroplanes, driver-less cars crashing over bridges and homes suddenly emptied of their children. The haunting thought of Christians being whisked off to heaven while the rest got left behind, sent me back to the altar several times just in case I got the prayer of salvation wrong.

Watching the movie as a teenager, the unfolding events of the apocalypse all seemed quite straightforward. But when I tried to read Revelation – the source of the script – the meaning wasn’t so clear. I couldn’t get past the winged creatures covered in eyeballs, the sun turning black like goat hair, the gaudy drunken prostitute and the constant bloodletting that filled its pages. The book reads more like an excerpt from the Lord of the Rings than a piece of sacred scripture.

The book of Revelation has been a source of controversy and myriads of weird interpretations for practically all of its 2000-year history. It has been used variously to claim that the Pope was the Beast, Henry Kissinger was the Antichrist and the invention of the credit card signalled the end of the world. Countless predictions have been based on its pages, including invasions by the Russians, a hidden agenda for the European Union, and the dating of the world’s end (multiple times).

So how do we begin to make sense of this strange and colourful book that was passed down to us from the late 1stC AD via the Apostle John? How can we learn something useful from it that will help us in our walk with Jesus today? Here’s three useful tips that will help:

1. Recognise the Genre of Revelation

The book of Revelation is a particular genre of writing. Think of the Bible as being like a library with many different categories of books. There’s letters, wisdom collections, narratives, historic accounts and biographies. We read and interpret each genre differently.

Part of the reason we struggle so much with Revelation is that we are not very familiar with its genre. Almost the entire book is in the form of a dream-vision, one of the most common ways God speaks in the Bible. Dreams and visions occurred in both Old and New Testament times as well as in the history of the church. The Apostle Peter tells us that all who have the Holy Spirit today can hear God speak in dreams and visions (Acts 2:17, Acts 2:39).

But since the Enlightenment of the 1800s, many of us in the West have come to understand that dreams and visions are more likely to be the product of spicy pizza rather than the substance of a divine communique. Typically, those who claim to hear God’s voice in this way can seem a little odd. Therefore we have minimal experience with a book of this type.

2. Understand the Use of Symbolism

Dreams and visions communicate with pictures rather than words. So, objects, animals and even people can be symbolic of something else. We see this in some of our most famous bible stories, like in Joseph’s case where sheaves of wheat represent his family, and a herd of skinny cows symbolised a famine. Or for Ezekiel, where a graveyard of bleached bones referred to the death of his nations’ hopes. You need to interpret the symbolism in order to understand the message.

When we apply this understanding to the symbols of Revelation, the message becomes clearer. We see that the lampstands of chapter 1 represent God’s church, the blood-stained lamb in chapter 5 is symbolic of Jesus and the dragon of chapter 12 represents Satan. The seals, trumpets and bowls signify judgement. The wedding supper of the lamb marks God’s reunion with his people. Even numbers are symbolic with plenty of sevens representing perfection, in contrast to six, the number of man. Some symbols we may miss because we don’t know the Greco-Roman culture so well, but a little investigation helps us, for example, with the beast with seven heads well-known in that day as a clear allusion to the Roman empire.

3. Consider the Context of Revelation

It’s impossible to understand the general meaning and purpose of Revelation’s message without considering the time and setting in which it was given. The Apostle John’s prophetic message was delivered to seven churches in Asia Minor (Rev. 1:1-3). While each church had its specific challenges, the most worrying threat was growing persecution from the Roman Empire. The new Christ-followers were under pressure to bow to the emperor-cult and to engage in idolatrous and immoral practices. Some had already lost their lives for their faith.

It’s in this light that readers first understood the words of John’s revelation. They were in the midst of a great spiritual battle as the kingdom of God faced off with the kingdom of the world. It was God’s way versus man’s; the self-sacrificial manner of the lamb versus the violent and oppressive ways of the beast. The Spirit was calling them to overcome evil by following the way of the lamb and using his weapons – the sword of God’s word, prayers that filled bowls like incense and the power of their testimony (Rev. 12:11). In the end it is the lamb who would triumph over the beast! (Rev.17:4)

Whatever your theological position of the future, the message of Revelation is a powerful encouragement today as it was to those in the First century. Like the early church, the Spirit exhorts us to follow the Lamb. Whatever hardships we face, we are called to endure faithfully without resorting to the ways of the enemy, because in the end justice will be done, we will be reunited with Christ, and we will enjoy his presence on a glorious new earth.

This article is an excerpt from a 5-part podcast series on How to Understand the Book of Revelation. The teaching series aims to shed light on some of those obscure passages as well as show what we can learn from our own God-dreams from the visions of Revelation. Listen to the first episode here.