You May be Hearing God’s Voice More than you Realise 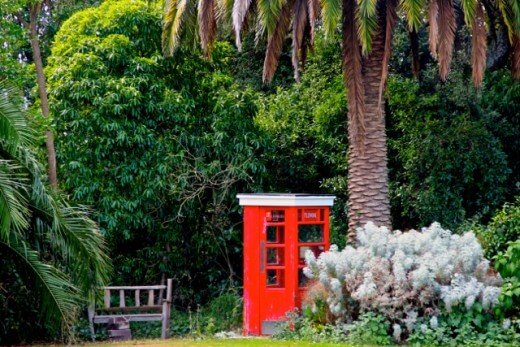 I received an email a while ago from a frustrated God-seeker. She’d just watched one of my sermons on TV and was feeling aggravated about a prolonged silence from God. “It seems so easy for you to hear from God,” she said via email; “But I can’t hear his voice!” We chatted a little and then she told me about a dream she had recently. “Do you think the dream was from God?” I asked, and oddly her response was ‘Yes’. Then she added; “But it wasn’t what I thought he would say!”

This happens a lot. People have heard from God, but they don’t recognise it. For whatever reason, it’s doesn’t sound quite as spectacular as it should, or it isn’t quite what they expected, so it’s dismissed as illegitimate. I hear it often after one of our God conversations seminars; “I didn’t think I could hear God’s voice, but now I realise I’ve been hearing it all along!”

The problem is, we’ve usually only heard those glorious stories from the pulpit where God has spoken about his wonderful blessings and then miraculously provided. We’ve learned that this is how God usually speaks and therefore we come to expect the same. I have to admit that’s partly our fault as preachers. We carefully choose the stories we tell for dramatic effect. We love sharing them because they’re fun and they illustrate the point we’re trying to make. But the problem is we don’t often tell the hundreds of smaller titbits of conversation that have taken place before – the ones that are less dramatic and perhaps less thrilling, yet equally as important because they make up the totality of our relationship with God. It’s why in the new book I’m writing I’ve determined to include some of those big conversations as well as a whole lot of the little ones. The truth is those ‘little’ conversations are absolutely crucial, since without them I would never had experienced the big ones.

When we hear God’s voice – even in those little things – it’s important to recognize it as such. It’s important that we take the time to identify if it’s him or not, rather than just blowing it off as an encouraging experience, for when he speaks next time we will start to notice familiar patterns of speech, we will start to associate the feelings that go with it, we’ll develop our powers of discernment.

In other words, we practise hearing his voice.

It used to think that sounded a little dubious. Practise hearing the voice of God? Isn’t that a little dangerous? It’s not like we’re learning how to use the latest computer software or developing a new skill on the sporting field – this is the words of God we’re talking about here!

But think about it; we practise hearing people’s voices all the time. Our friends, our spouse, our colleagues at work. That raised eyebrow, that lilting tone. The look that says, You haven’t understood what I’m saying. Married couples and close friends get this, but usually only after years of practise.

These same communication principles apply to hearing from God. There are divine patterns of speech, favourite topics and recurring vocabulary to pick up on. God’s communiques may be different for you than someone else, but the point is, they are discernible.

For instance, if you’ve read my book The Easy Way to Hear God’s Voice, you’ll remember that a number of years ago, God spoke to me about timing using the ‘thief in the night’ metaphor. You don’t know when the timing is, but just be ready, he said via a dream. A thief had stolen from my house while I was sleeping. A year later, the theme was repeated, but this time the thief didn’t get a chance to steal because I was awake and woke up in time to apprehend him. God was saying, now you are ready. His message was easy to discern, because it was part of an ongoing conversation.

Though his voice may come in creative ways, his message is consistent. His character is knowable and therefore his speech reflects that.

So take time to reflect on and learn from your experience. Have you already heard from God? What did he sound like? How did you know it was him? Watch what happens after you’ve heard and when you’ve responded. If you’ve made a mistake, ask yourself why. Ask him to show you. Keep learning. In time, you’ll see that hearing this voice is not as difficult as you think and that in fact, you’ve already been hearing his voice more than you realise.

Have there been times when you’ve heard God’s voice but you haven’t recognised it? We’d love to hear about your experiences below: