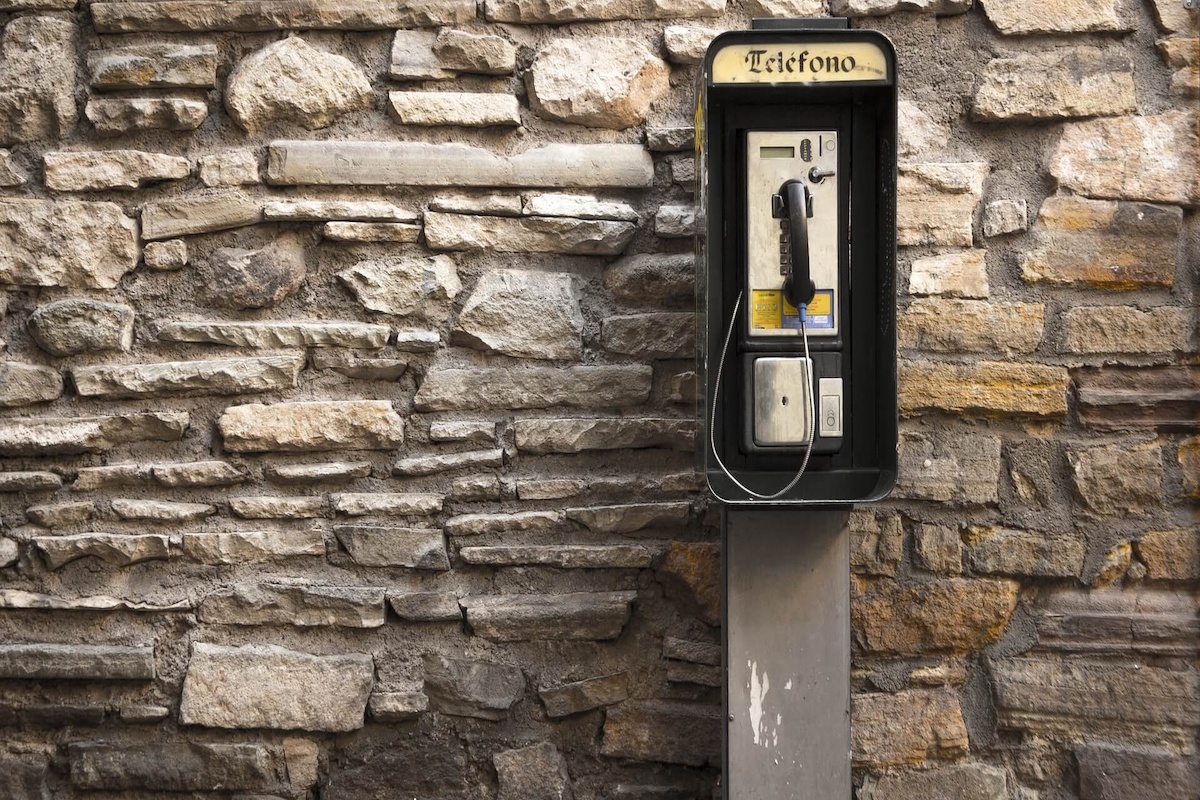 Does God still speak today? I grew up in a church that didn’t believe he does. We were taught that as soon as the last pages of the Bible were written, God stopped talking (known as Cessationist theology). That may sound illogical for some – after all the Bible is full of God-conversations – surely if he spoke then, he would continue to speak now. But there was a good reason for it. People thought that if I claimed to hear God speak today, that would diminish the authority of what he had already said. The Scriptures gave us everything we need, so why would we need to hear anything else?

But then I heard God speak. He spoke prophetically, miraculously and in ways that resembled the way he spoke in the Bible. That left me with a whole lot of questions. How did my experience compare to the experience of the Bible writers? What authority did it have in my life? Is it okay to say ‘God told me’ as they did in the Scriptures? And what about those times when people claim to hear God’s voice, but then it doesn’t happen? These kinds of questions are the subject of my current PhD study as well as today’s podcast.

1. The Questions of a Contemporary Story

My questions arose directly out of personal experience – specifically when God spoke to me in 2000 about moving interstate. His words were clear and directive and were confirmed on multiple occasions through other people. They led me to uproot my life and move to an unknown city believing for God’s words to come to pass. But should I have trusted my experience? Could I guarantee that God would do what he said?

At the time I encountered a range of possible answers. Well known theologian Wayne Grudem in his book The Gift of Prophecy in the New Testament and Today1 suggested that my experience was not on the ‘same level’ as the Bible writers, and was therefore not considered authoritative or trustworthy. This position made my move questionable and brought little reassurance to me in the midst of a bold step of faith!

A similar approach was reflected in my church at the time with the popular distinction between two Greek renditions for the meaning of ‘word’ in the Bible; rhema and logos. The ‘logos’ was understood to be the ‘written’ word and could always be trusted, but the rhema as the ‘spoken (contemporary) word’ was far more subjective and therefore not to be trusted (eg. See Mark Virkler’s Dialogue with God 2 for an example of this). Such an understanding didn’t make sense to me since the written word of God was once the spoken word, tested and written down. Authority comes from the speaker so whether it was spoken or written wasn’t the point – the question was – did it originate from God?

Then there were other teachers like Joyce Meyer in her book, How to Hear from God3 who suggested that the ‘supernatural’ methods of hearing God’s voice were not as reliable as the more ‘non-supernatural methods’ like the ‘wisdom of counsel, commonsense and the circumstances’. That meant I couldn’t trust any of my experience, because it had largely come through those ‘supernatural’ methods: dreams, visions, and prophecies. Yet the Bible itself demonstrates that such experiences were normative for the early church.4 So why would they be seen to be questionable for me?

The whole problem boiled down to one key question: How does the written word in the Scriptures relate to the spoken word of our contemporary experience?

Some would ask why this question matters. When I look back at my Christian walk before I heard God’s voice compared to my own experience now, they are worlds apart. Growing up with Cessationist theology meant that my spiritual life was dry and secondhand. I only knew God through intellectual study and the experiences of others. Like the Pharisees who had studied the Scriptures seeking to find him, I’d never heard God’s voice (John 5:39-40). Our theology of hearing God’s voice matters deeply because it impacts on our ability to know him for ourselves.

At the same time, for those who believe that God still speaks today, there is a range of pastoral issues that need to be addressed. Cults have been started, families and churches have been pulled apart and individuals’ faith have been shipwrecked by mistaken claims to prophetic experiences. The ‘God told me’ line is the bane of pastors’ lives everywhere! The question is; “How do we facilitate hearing God’s voice in a way that is both theologically orthodox and pastorally safe?”

3. Consistency Then and Now

In answering these questions, the concept of consistency between our day and Bible days is crucial. While the settings of our times are different, the key players are the same. God is still wanting to communicate his truth and love to us. We as humanity are still broken and flawed in our capacity to hear him.

Whatever time of history we are living in, God is the faithful and authoritative speaker. Words have flowed from his being since the beginning, and communication is the primary way he reveals himself (Amos 3:7). God speaks with the same trustworthiness of character as he always has. Love and mercy follow him and redemption is at his core. His words are always powerful – he speaks and then it is (Genesis 1:3).

So when we argue about whether to emphasise the written word of the Bible or the spoken word of the Spirit – it’s an arbitrary distinction, since every word of God was spoken before it was written down. The power and authority of the word comes from the speaker itself, not in how it was delivered or transmitted.

So the word that was spoken by the Father through the prophets, the word that was lived out in in the flesh through Jesus (John 1:1-2, John 1:14, Hebrews 1:1-2) and the word that is spoken to us by his Spirit (Acts 2:16-17, Revelation 19:10) today must be consistent because they are spoken by the same person. God’s character is expressed in his word and doesn’t change – he is the same “yesterday, today and forever” (Hebrews 13:8).

Biblical scholars Walton and Sandy, demonstrate this unity between the spoken and written word in their recent work, The Lost World of Scripture.5 They remind us that the word of God came to us via a long tradition of oral culture. That means that in both Old and New Testament times, people heard God’s words more than read them. Ironically, in an oral culture, spoken words are considered even more trustworthy than the written word. Very few people could read them anyway. So back then it was the spoken word that counted.

Today in a text-dominant culture, we find this difficult to conceive. Typically today we only trust that which is written down! But the truth is, our faith is built on the experience of the spoken word – long before it was written and passed onto us. The word of God is consistent whether spoken or written.

In the same way that God’s faithfulness in communication is consistent throughout history, so is humanity consistently flawed. We are all subject to our own selfish desires and we all see only “a reflection as in a mirror” (1 Corinthians 13:12). In other words, we can all get it wrong. Even though leaders like Gideon and Jeremiah were called of God, they still doubted if they heard him clearly (Judges 6:17, Jeremiah 32:24-25). Even though prophets like Elijah heard God and wrought powerful miracles on his behalf, the Scriptures tell us he was a man “just like us” (James 5:17). Even though the Apostle Paul had fantastical experiences of heaven, he still experienced a lack of clarity in hearing God about going to Jerusalem (Acts 20:22-23, Acts 21:4, Acts 21:10-11).

Because we are flawed and sinful, every claim to revelation must be scrutinised. We can get it wrong, so we must; “Test the spirits to see if they’re from God” (1 John 4:1) and “weigh up” what was said (1 Corinthians 14:29). We trust the written word of the Scriptures because they have been tested and found to be true. Indeed the process of canonisation itself was an act of testing as the church community came together and bore witness to their source. In the same way the Bible characters had to test the words they received, so do we (Deuteronomy 18:21, Acts 15:28). (Read The Ultimate Test of God’s Voice for how to know if a word is from God). The need to test every claim to revelation has and always will be an essential reality.

4. What has Changed Then?

So while there’s consistency between our times and Bible times, there have also been some significant changes – particularly since the Old Testament. The primary differential is the number of people God is speaking to. Once it was only a select few who heard from God and prophesied. Now he speaks to all those who follow Jesus through his Holy Spirit (Acts 2:16,17).

The other difference of course, is what God is saying. Because our situation is different to Daniel’s, Joshua’s and the Apostle Paul’s, we have a different role to play in this God-story. We have a different sphere. We are not in the court of a foreign king; we are not leading a nation into an unknown land and we are certainly not bringing foundational truths of the gospel to the world!

But remember it is still God who is speaking – and he hasn’t changed. So the underlying message will be the same as it always has been because God’s character and nature are the same. The foundations have been laid, but God is still building on them. His goal is still to bring the good news of love, joy and peace to people and to bring his kingdom to earth. God is still speaking today as his heart to draw people to himself has never changed.

NB. Correction in podcast at 27:08, the Apostle Paul was called to Jerusalem not Rome.

Click here to watch a more in-depth presentation of this topic from the 2016 Harvest Bible College Research conference. The sound in the first few minutes is a bit sketchy, but it is worth persevering. The lecture describes my own journey in hearing God’s voice and the questions it raised. I also talk about three possible answers to those questions and why I believe a Pentecostal understanding that sees our contemporary experiences as consistent with the biblical characters is the most helpful.

1. Grudem, Wayne. (2000). The Gift of Prophecy in the New Testament and Today. Wheaton, IL: Crossway Books.

We’d love to hear your thoughts on this topic! Share them below: