This Roman Emperor had a vision from “God.” But what he did with it ruined Western history forever. 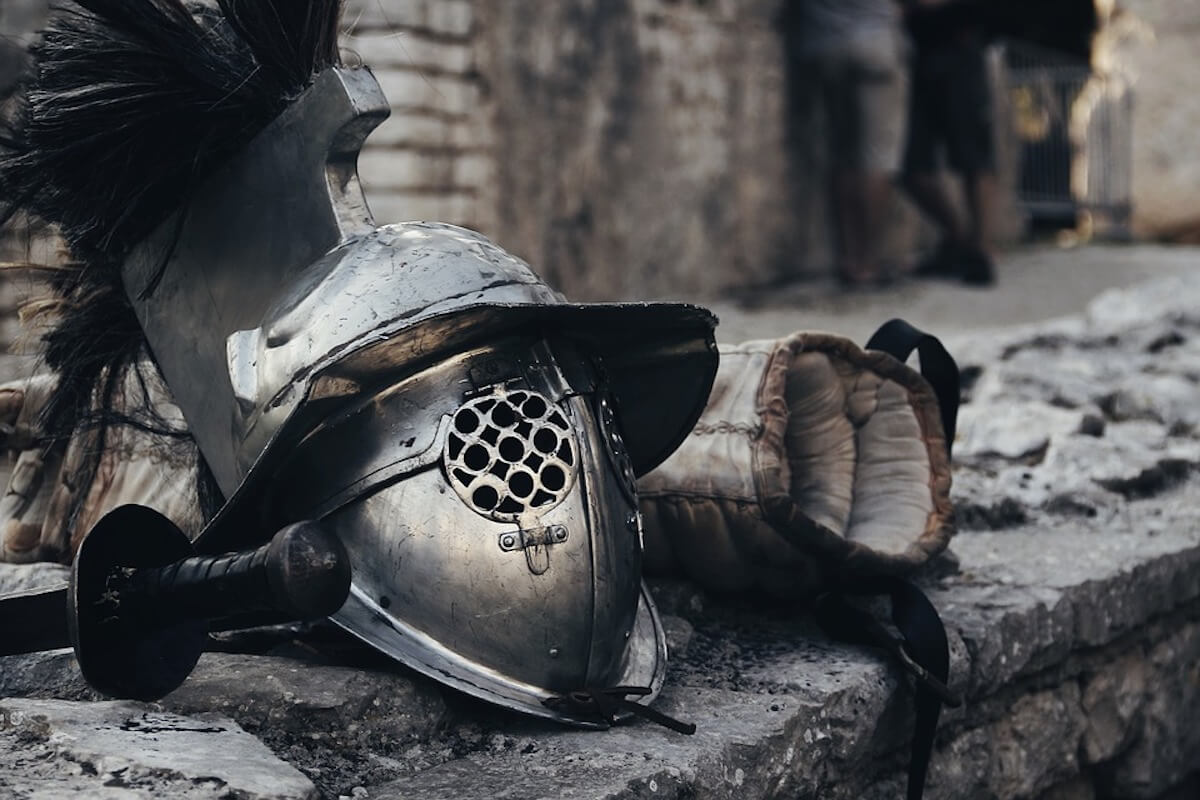 31 Oct This Roman Emperor had a vision from “God.” But what he did with it ruined Western history forever.

Whenever God speaks, the outcome is supposed to be “encouragement, comfort and edification” (1 Cor 14:3). So how could a leader claim to hear from God and end up in a violent bloodbath?

Western history was changed by a God-conversation, but it wasn’t a positive one. It led to a shift that wrought untold tragedy on the church and wider society, and it can all be traced back to an inability to accurately interpret a prophetic vision.

It was 312 CE and a young man named Constantine had just become the emperor. His mother had been praying for years that he would come to know Jesus and adopt the faith of a growing number of people in the empire. It was a radical prayer. For nearly 300 years, Christians had been the butt of Greco-Roman society. They had been scorned, persecuted and even killed for entertainment in the great arenas of the ancient cities. Now it seemed, this mother’s faithful prayers had been answered. Constantine took steps towards faith and later in life declared it through baptism. Reports say it was a fledgling faith, but it was a faith nonetheless.

It was during this time that Constantine faced the biggest battle of his reign. A rival leader was challenging his right to the throne and had assembled a powerful army on the Melvin Bridge in Rome. With the odds stacked against him, Constantine prayed to the Christian God for help. The answer came in the form of a vision across the sky. He saw an image of the cross with the words: In Hoc Signo Vinces – “Through this sign, you will conquer.” The next day Constantine painted a symbol of the cross on the shields of his warriors and went into battle with renewed confidence. The armies clashed and Constantine won a decisive victory, crediting his victory to Jesus.

As is often the case in history, plenty of commentary exists around Constantine’s story. For skeptics and humanists, any report of a supernatural vision is quickly discounted. But for those of us who know God as a talker (John 10:27, 1 Kings 19:13) who gave his Spirit to speak to us when Jesus left the earth (Acts 2:16,17), we would say it’s possible that Constantine’s visionary experience did happen. Though we can never prove whether it did, we can surmise that Constantine prayed and there’s no reason to assume that God didn’t answer.

A Vision from God?

So Constantine had a vision. But was it from God? We know that we don’t always get it right (1 Corinthians 13:12), so every claim to revelation must be tested (1 John 4:1). Typically we’re told to check it “against the Scriptures”, but as I have written in other places (How do you know God Told You?, Is President Trump the “Lord’s Anointed”?), this approach can be problematic without some qualification, and it’s in the story of Constantine that we see exactly how.

If Constantine had checked his vision against the Old Testament, he would have found precedent for his interpretation and subsequent actions. In the ancient world, tribes (including Israel) looked to their god to be a “banner” over their battles. When facing an enemy, they rallied together under the name of their god and sought his/her endorsement for the battle. Thus, when the Israelites went into battle, they did the same (eg. Exodus 17:15-16), slaughtering their enemies and proclaiming victory in the name of Yahweh (eg. Psalm18:34). Like the ISIS terrorists of today who fight in the name of Allah, an act of war was understood to be an act of worship (Deuteronomy 7:1-6).

But if Constantine had read further into the New Testament, he would have seen how everything changed with the coming of Jesus. Jesus showed us that God’s way was to love your enemies (Matthew 5:44), turn the other cheek (Matthew 5:38-40) and do good to those who hurt you, even to the point of allowing love to hang you to a cross (Romans 5:8). Under the Old Covenant, God’s mercy and love were still present (eg. Lamentations 3:22,23) – he’s the One who’s character remains the same “yesterday, today and forever” (Hebrews 13:8) – but back then the people only could see a “shadow” of who he was (Hebrews 10:1-2). God was speaking, but his message was blurred through the filter of the ancient context so that the Israelites thought successful killing of another person was a sign of his presence (Psalm 50:21). Now that God has spoken through his son – the “exact likeness of his image” (Colossians 1:3), we see more fully who God is. Jesus’ coming means that we can now know and understand God more clearly than the Israelites ever could (Hebrews 1:1-2).

The significance of this qualifier comes into focus when we look again at Constantine’s story. If Constantine had seen his vision in the light of Jesus, the outcome would have been very different. He could never have justified painting a cross on a shield as a weapon of war. He could never have plunged his sword into the side of a Roman soldier and proclaimed victory in the name of Jesus. Instead he would have understood the power of bloodshed as seen through the eyes of Jesus. It would have come in the form of a man giving his life on a cross for the love of the world (John 3:16,15:13). The “sword” would not be in a sheath at his side, but the word of good news in his mouth (Revelation 19:15, Ephesians 6:17). The shield could not be used to ward off the attacks of men, but one that is wielded against attacks on faith (Ephesians 6:16).

This is the way that God’s voice was understood for the 300 years before Constantine. The early church knew that the sign of the cross called them to follow the example of Jesus. So they healed the sick, took care of the poor and demonstrated faithful witness to a kingdom of love, joy and peace – even in the face of persecution. Constantine’s erroneous interpretation of his vision marked a turning point in history and provided a precedent for a legacy of religious wars and the formation of institutions that used coercion and power for their own gain. It acted to reverse the blessings of the new covenant brought by the coming of Jesus. Ultimately it led to a terrible confusion about what God is like, the very thing that Jesus came to clarify.

Constantine got it wrong because he didn’t test his vision against the fullest revelation of God as seen in Jesus. He failed to ask the question, what would Jesus say? It is true that through the cross, we conquer. It is because of Jesus’ death and resurrection that we are indeed more than conquerors (Romans 8:37). But this victory will never come through the power of a literal sword. It comes when we demonstrate God’s love and mercy in every situation we face. It comes when we understand that every God-Conversation will be consistent with the voice of Jesus. It comes when we live under the true meaning of the cross as a banner over our lives. Every vision, no matter what the setting, must be seen through the eyes of Jesus.