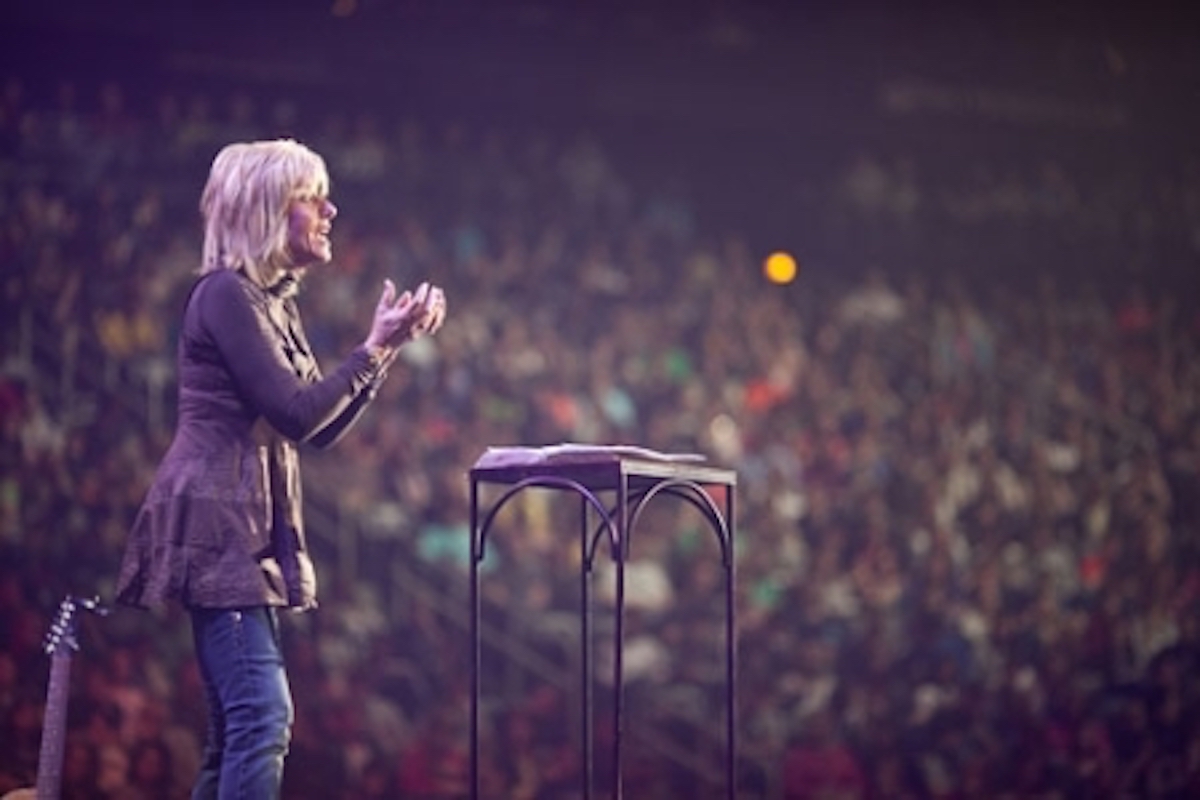 19 Jun Should a Man Learn from a Woman?

John Piper, a popular reformed theologian was recently asked if a man could learn from Beth Moore, a popular para-church ministry leader.

His answer was an intriguing one. “It is not wrong,” he said, “but it could become wrong.”

He goes onto explain that a man learning from a woman is okay unless it is done in a ‘formal’ way, unless she holds an authoritative position in your local church. Then it’s wrong.

You may have guessed that John Piper is a complimentarian – someone who holds to the hierarchical model. But if you were to ask the same question to three other complimentarians, you won’t always get the same answer as Piper’s. In fact the answer will be different wherever you go.

At least my Brethren church was consistent. We weren’t allowed to say or do anything in the church I grew up in. Women couldn’t even carry the offering bags.

The confusion only began for me once I started down the ministry track. It was when I responded to the call of God on my life that I first encountered the troubling discrepancy of the position I’d held unquestioningly for so many years.

So when I led a mixed small group in my twenties, no-one disapproved. Everyone was happy that I was leading studies in the book of Galatians. But later when I began leading another mixed small group that formed the team of a pioneer church, everyone’s opinion suddenly changed. I was still teaching Scripture, I was still leading, but because my official position went from ‘small group leader’ to ‘senior pastor’, people responded suspiciously, eyebrows were raised, I was called rebellious.

The problems with the hierarchical model really start to surface when you try applying it. Everywhere you go, the ceilings shift. The lines become arbitrary. In one church, a line is drawn between the Wednesday morning meeting and the Sunday morning service, in another it is drawn between the writing of a book and the speaking of a sermon, in others, it falls between the position of senior pastor and the position of an elder.

Take a moment to look carefully at what those restrictions are based on. It’s not on the act of teaching or leadership itself; it’s the institution in which the ministry occurs. So it’s the building; the Sunday service; the governance structures.

But the essence of these roles and positions – the activity of spiritual teaching and leadership is first a gifting anointed by the Spirit before it is ever an appointment made by humans. It exists regardless of whether it is recognised by an institution. Spiritual authority is granted by the Spirit and I take it with me wherever I go. It doesn’t suddenly appear when I stand up in a pulpit on Sunday morning and then disappear when I cross the threshold of my home. It’s an activity embedded with the Spirit’s power and authority whether someone recognises it, puts a job position on it, or hangs a label on the office door over it.

What is the Church?

We see this most clearly in the time before those ecclesiastical structures ever formed – in the first century when many of our ideas of church did not yet exist.

So when I say ‘church’ to you, what do you think of? A building with a steeple and stained glass windows perhaps? A pastor? A priest? A Sunday service with four worship songs?

But the word ‘church’ literally means ‘the gathering’. When Luke uses the word in the book of Acts, he uses it to describe the crowd in Jerusalem on the Day of Pentecost. Here the Spirit flowed freely through both men and women. They hadn’t gotten around to things like job descriptions and liturgies yet. Specialised church buildings weren’t constructed until the third century. Church was an extended meal at whoever’s house they could find to fit everyone in. Leadership positions were only defined later when they had worked out how to best channel the move of the Spirit.

The essence of gifting and calling sit outside of our human structures and institutions. They are given by God to build his kingdom whether they’re expressed in churches, para-churches, mission organisations, Bible Colleges or in secular communities.

The ministry of women in history highlights this discrepancy. Women like Caroline Chisholm who were not permitted to use her giftings in the church took them into the community where her ministry skills could freely flow, and her talents could be used to help migrants, the poor and unemployed. Her ministry was now acceptable because it operated in a para-church sphere.

If a hierarchical model is truly prescribed by God and grounded in the unchangeable doctrines of the creation order and the Trinity, then it must always be wrong for a woman to lead or teach a man. If you believe that God ordained women to be subordinated to men, it must be true for all spheres. You can’t have it both ways.

So if it is inherently wrong for me to teach a man, because I am ‘more easily deceived’ and was ‘born second’, it is wrong wherever I do it, whether I am sharing the gospel with a non-Christian man, whether I’m ministering in a paid position or whether it’s voluntary, whether my teaching is published in a book or whether it’s written in an email; whether I’m standing behind a pulpit or sitting in my bedroom.

For the application of hierarchy to be consistent, there should be no Christian women in leadership anywhere there are men. Not in parliament, not in business, not in hospitals. No women leading in churches or care organisations in Bible colleges or on the mission field. No speaking or sharing or song-leading. No position, no title with a man under her. No man should read her books, no man should should sit in her lecture, no leading a man to Christ, no teaching boys, no leading prayer in small groups.

Who is a Christian Woman?

The realisation that my thinking was untenable came when I was in sitting at my desk in the middle of a 3000 word Masters essay. While the position of my heart had already shifted with God’s call, now the workings of my head was changing too. The understanding that women were formed in God’s image together with men and that we were called to partner with them in whatever roles we find ourselves, went on to lay the groundwork for everything I did and everything I became.

What about you? How have your beliefs been shaped and formed? In your relationships do you live according to a hierarchical model or an egalitarian one? Share your thoughts here!