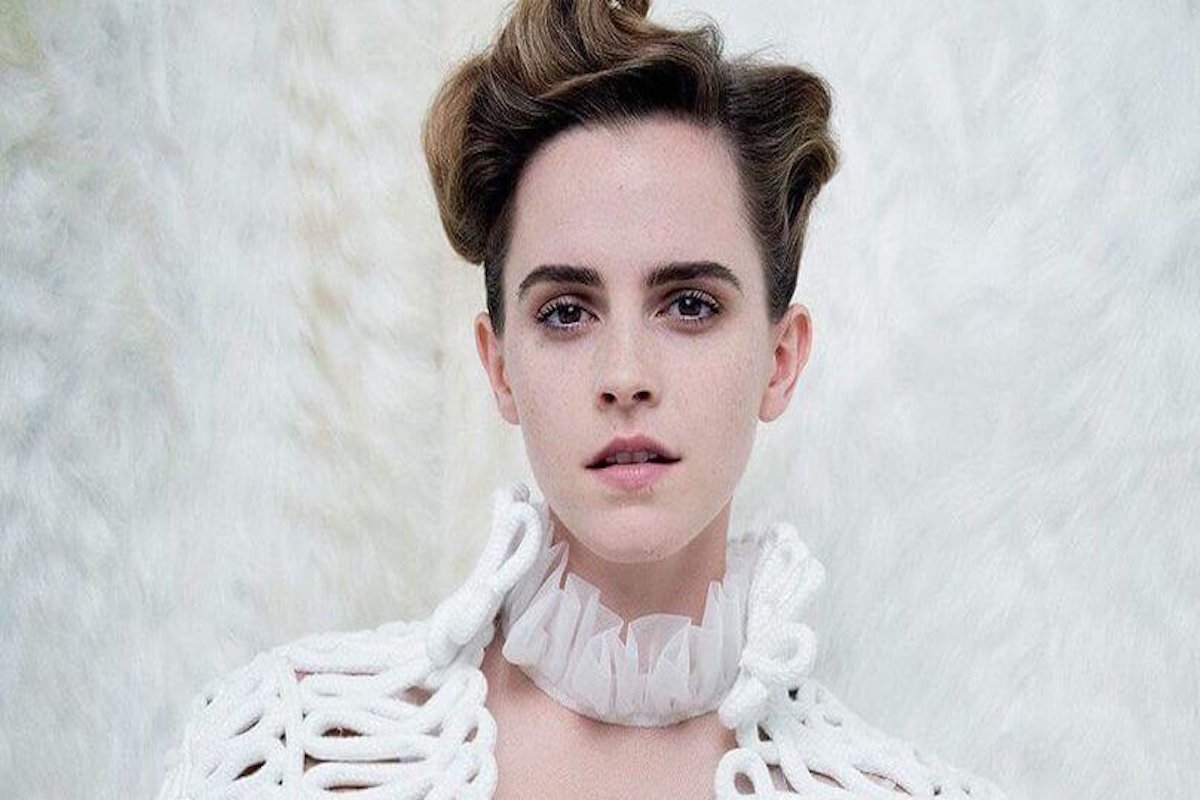 Can a woman pose semi-nude in a fashion magazine and still lead the charge for gender equality?

A furore erupted last week over Emma Watson’s role as U.N Women Goodwill Ambassador and what it means to be a feminist. Back in 2014 Watson was hailed for her stirring speech at the United Nations at the launch of the He-for-She campaign.1 Her call for gender equality had so many hits that the website broke down.2 In her presentation, Watson talked about the need for men and boys to join in the push for change and to refute the idea that feminism is synonymous with man-hating. Her speech was spot on – we can’t do this without the men.

But last week Emma Watson made the headlines again – this time in a daring photoshoot in Vanity Fair.3 Scantily clad in a white robe bolero, the photos exposed most of her breasts and sparked a media backlash. British broadcaster Julia Hartley-Brewer accused Watson of outright hypocrisy, tweeting; “She complains that women are sexualised and then sexualises herself in her own work.”4 Others labelled the furore as unfair and unimportant.5 Watson herself was baffled by the accusations, defending her actions in a promotional interview for her film, Beauty and the Beast; “I don’t understand what people are complaining about,” she said; “Feminism is about giving women choice. Feminism is not a stick with which to beat other women with. It’s about freedom, it’s about liberation, it’s about equality. I really don’t know what my t**s have to do with it.”

So are Watson’s actions to be applauded as an assertion of freedom or condemned for hypocrisy? And against the backdrop of serious issues like the gender pay-gap and under-representation of females in senior positions, does it really matter?

Entertain the Table or find a Seat there?

By its purest definition, feminism is the push for gender equality in every sphere of life. It’s an expression of God’s plan in the beginning, where God called both men and women to steward the earth together (Genesis 1:26-28). As Watson says, this means giving women choice – choices that have long been denied as patriarchal systems have stifled women and limited the roles they would play (See Why You Need to Take Your Husband, Boyfriend or Male Friend to See Suffragette). The Scriptures describe it as a curse whereby men strive to dominate women and women desire their men above God (Genesis 3:16). (See Why We Need Men’s Ministry as much as Women’s Ministry). Feminism seeks to break open those limits so that women can freely pursue God’s call on their lives – they can choose their careers, their marriage partners and their personas. Such choice is good and necessary and we continue to fight for it.

But given the freedom of choice, we have to ask what choice women should make and how those choices best serve the goal of gender equality. Under patriarchy, women have been treated as sexual playthings, used as objects for entertainment and more seriously, exploited as child brides and sex slaves. If the goal is for women to take their place as equal contributors and leaders alongside men, how do women position themselves for this to happen?

The push for gender equality has often centred on lobbying for changes in legislation6, but laws, policies and doctrinal statements will only get us so far. The most powerful shapers of reality are attitudes and perceptions. If women are seen as sexual objects, they will be treated that way. Conversely, if women are seen as equal partners and contributors, they are more likely to be accepted that way. This is where women can make the most of their choice. Do they want to be entertainment for the men at the table or do they want to take a seat there? Men need to change their perceptions, but women can help them by presenting themselves in the way they want to be perceived.

The Greatest Barrier to Gender Equality

The problem of viewing women as sexual objects is not a minor one. In some sectors of society it is a formidable obstacle to gender equality.

Claire is a chaplain in a men’s prison who has encountered these attitudes firsthand. Her colleagues at the prison treat her as a professional “most of the time. Sometimes they flirt with me” she laughs, but they know they won’t get anywhere.” It’s in ministry circles that she has found the greatest resistance, recalling a dinnertime conversation at a pastors’ conference as the only woman among fifty men. “They talked the whole time about the dangers of talking to women because they might seduce you. And I was sitting there, right in front of them!”

It’s these kinds of attitudes that represent the greatest barrier to gender equality. For these men, it’s unlikely that a woman will be offered a hearing at the table even if their policy says she’s invited. Years of socialisation, distorted advertising and persistent social mores have had their effect. Change can only come when a woman refuses to present herself in the way she’s always been known.

The Choice of an Early Feminist

Long ago another woman made such a choice. When her husband called her to parade herself for the entertainment of his entourage, she refused. She bucked against a system that sought to reduce her to her physicality and ignored the value of who she was created to be. Vashti was banished from her place as queen of the ancient Persian kingdom as a result, but her actions paved the way for another woman to exercise the freedom of choice that Vashti was unable to achieve. When Queen Esther took her place, she may have been chosen for her sexuality, but even within the constraints of that oppressive system, she made a choice to use her gifts and ability as a woman to change the fate of a nation (See Book of Esther). She chose to present herself as a leader, a strategist and as a player at the table, and as such she turned her world around.

Emma Watson may have experienced a degree of freedom in her photoshoot, but her actions sent a message that make it more difficult for her to be heard on a public platform. When we celebrate the choices the feminist movement bring to women, let’s ensure that we make the the most of them. May we be the Vashtis who refuse to present ourselves as sexual objects so that in time, the Esthers of our world can take their place.

What are your thoughts on Emma’s photoshoot in Vanity Fair? We’d love to hear them below: