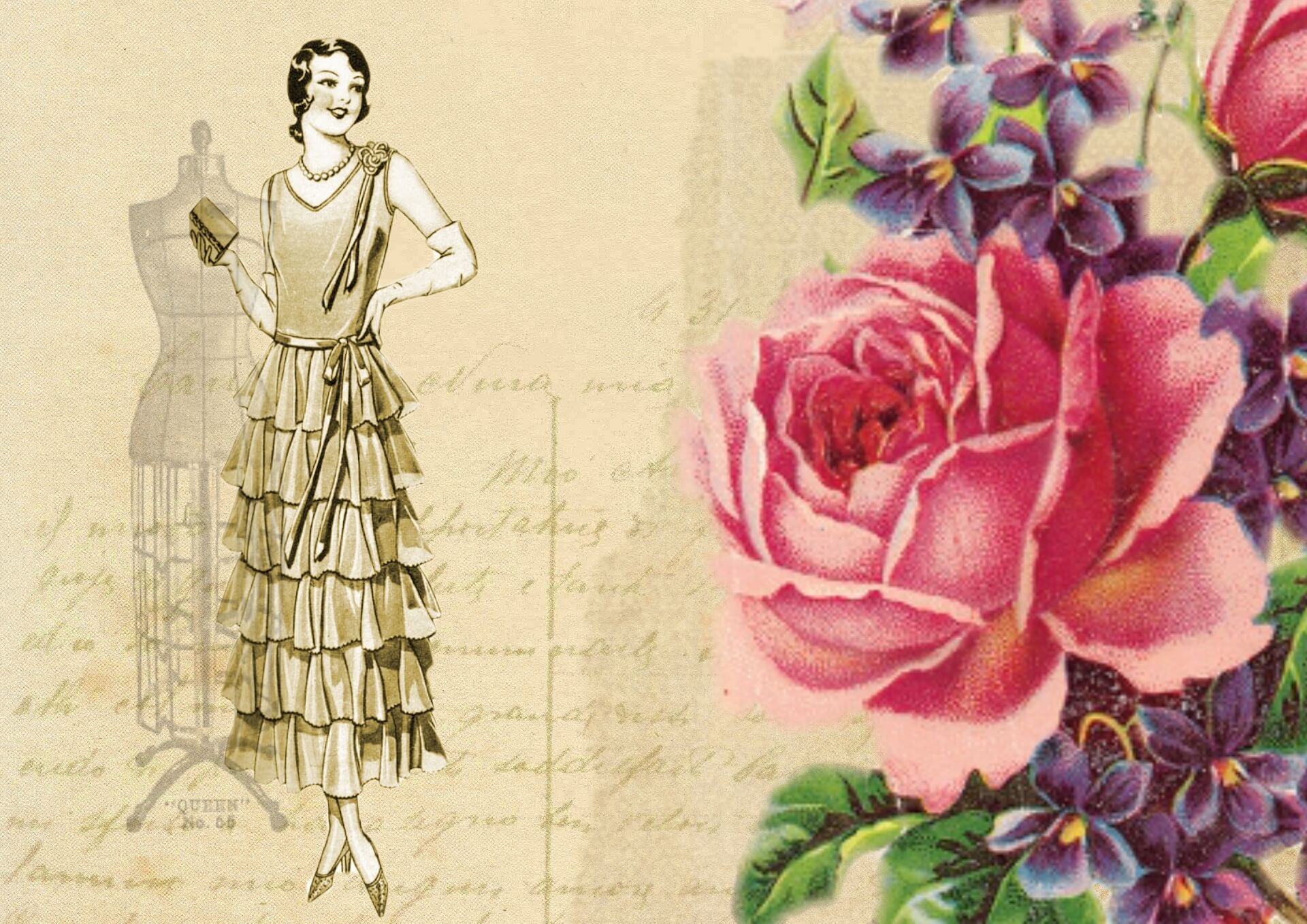 One of my earliest initiations into fashion was when my new flatmate flushed my scrunchie down the toilet. She swiped it from my hair box on the bathroom cabinet, dropped it in the bowl and pressed the button on top of the cistern. Then she turned around and walked away without saying a word.

It took me days to get over it. That scrunchie was high quality Gregory Ladner bought at David Jones for $6.95. It held my unruly hair neatly in a bun, a side plait and a high ponytail. It was made of black crepe so it went with everything. Anita had just thrown out my best ever hair accessory.

“It’s from the nineties girl! You can’t wear that anymore!”

I didn’t know what she was talking about.

Years down the track, Anita is my stylist, dressing me for my TV shows and photoshoots. She taught me that it doesn’t work to pair wide-legged pants with loose fitting tops because it creates unbalanced layers, and that skirts that fall below my knee make me look like grandma because my giraffe legs are disproportionately long in the thigh compared to the calf.

The whole issue of fashion was a new one for a girl who’d grown up to understand that dangly earrings were extravagant and fashion magazines were the things you read when stuck in doctor’s waiting rooms. Mum only wore Vaseline on her lips to keep them from chafing, and why would anyone need heels if you were already tall?

How Should a Christian Woman Dress?

The problem of how a Christian woman should dress stepped up a notch when I started itinerating. It’s the message of ‘God Conversations’ you want them to hear, not the message that God made women appealing to men. So the issue of skirt length – especially if you’re on a high platform – became an issue. You don’t want the average man in the pew to be fantasying about your legs when he should be thinking about how to prepare his heart to hear God’s voice.

‘Be modest’ the Apostle Paul writes.

But modesty is culturally expressed. In Paul’s day it was not wearing braided hair and covering your head (1 Timothy 2:8, 1 Corinthians 11:5).

In Thailand it’s covering your shoulders.

In the Solomon Islands it’s thighs. In a country just three hours flight from mainland Australia, you are allowed to go topless, but please, please, cover those sensual upper legs.

It took a while to get used to.

When I first walked into the church service in the tiny village of Luanuia two days boat-trip north of the main island, I was struck by the rainbow colours of the lava-lavas slung around everyone’s waists. Then I noticed the the breasts. Rows and rows of them along the pews; large and soft, saggy and old, tanned and leathery, painted and tattooed. It was hard not to be distracted by them as we sang the Latin Magnificat and followed the prayers of day’s liturgy.

There was a woman to the left of us who was dressed differently. She wasn’t topless like the others. Instead her slim dark body was adorned in a swath of flimsy red silk. A negligee. I smiled, realising she must have fished it out of a donations barrel brought by a visiting Western cruiser. She didn’t know it was meant for the bedroom. All she saw was a beautiful dress – the perfect choice for the most important occasion of the week. Nobody batted an eyelid. Nobody shrieked and kicked her out because someone had worn lingerie to church.

The Polynesians were operating under a completely different set of rules, even though the call to modesty was the same.

Since the whole idea of what defines modesty is cultural, it’s impossible to write up rules that fit everyone. Every generation; every culture are the judge and the Christian woman must takes her cues from that.

The Message of our Clothing

So when we’re fossicking through the wardrobe in the early morning, we need to ask, What does modesty look like for me today? Perhaps it is wisest to ask our husbands or our boyfriends or our best male friends; When I wear this midriff top, what does it make you think of? When I wear this skirt, what message am I sending?

You see clothing speaks. It tells you who I am and how I expect to be treated in the situation I’m in. If I’m wearing a suit, I’m projecting authority; if I’m wearing a hippie pants, I’m communicating artistry; if I’m in lycra, I’m going for a run. If I’m leading an office meeting with a jacket unbuttoned halfway down my cleavage, I’m…?

It’s also important to remember that the message of our clothing changes over time.

In the church I grew up in, a hat on your head meant something, (though at thirteen I’m not sure my crochet powder-blue beret signalled a posture of submission very well). In the first century churches, a head-covering communicated modesty. Today it says you’re going to the races. In the church at Corinth, not wearing a hat said you were a prostitute. Today not wearing one may probably means your ears aren’t that cold.

So if clothing speaks, then it would be acceptable, yes even important, that we should give it some effort. We should give some time to consider the shape of the tailored suit for the office, the length of our skirt on a platform and the colour of lingerie we slip into at night. As we do, we should ask ourselves, what does this communicate?

When my best friend Claire became a Christian at 17, her clothing suddenly changed. Gone were the beloved army pants and tanks, the vintage skirts with beaded embellishment, the hand-painted Converse runners and paisley scarves. In their place appeared Laura Ashley shirts with floral prints and frilled collars. Pencil skirts and flats in neutrals became the norm. My friend went from creative-you’ll-never-know-what’s-she’s-wearing-Claire to conservative-predictable-conformist-Claire.

Looking back, she says she was trying to wear what a proper young Christian woman should (Oh dear, had she taken her cues from me?!) Tragically she felt that her artistic flair should be dummied down; that plain and common was preferable as it deflected attention. She no longer played freely with fashion, experimenting with all the different shapes and colours on her body because she thought that was what God wanted.

Is it okay for a Christian woman to enjoy dressing fashionably; to take time to be at her most beautiful?

I think you only need to look at nature to see that God is the ultimate fashion conscious being. He dressed his flowers in resplendence. He adorned his trees in glorious headdresses. He understands pattern and symmetry and used colour-blocking long before Vogue.

A godly woman is invited to be fashionable – to relish the beauty and creativity of her inner self. It’s okay to take time creating your outfit for the day. To enjoy your body and flourish from within it. Colour, design, unique flair – these are all aspects of God’s nature that we can emulate when we get up each morning. A godly woman reflects God’s nature. She reveals the glory of the Creator in everything she says and does. Her clothing sends a message about the God whose image she is made in.

What about you? How do you define modesty? Are there any ‘rules’ you use to guide your dress-code? Share your thoughts below: