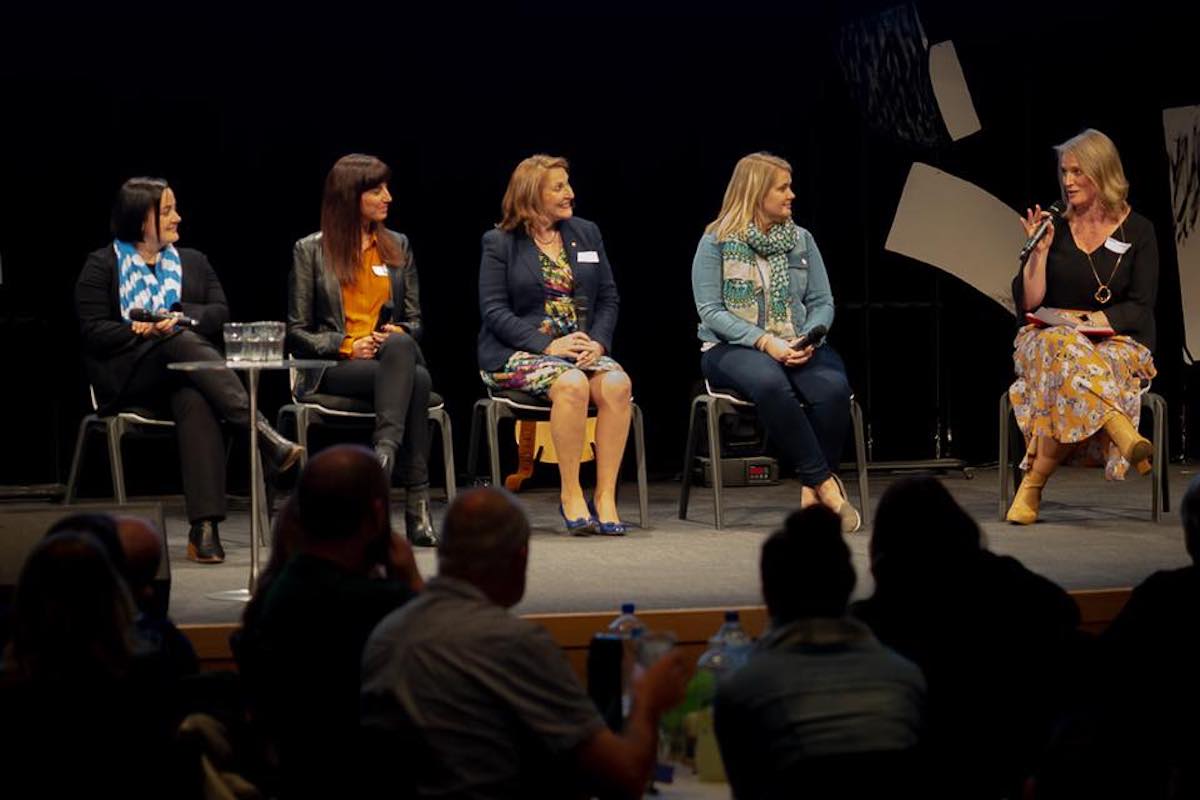 I was first asked this question while pioneering my church in Melbourne around fifteen years ago; “How does it feel to be a woman pastoring a church?” Back then I replied; “I don’t know – I’ve never pastored a church as a man!” It is perhaps an unusual topic for a podcast on hearing God’s voice, but I’m asked this question often so I thought I would take some time to answer it.

In this podcast, we look at two issues affecting my journey as a woman in ministry: 1. Theology and 2. Identity, discussing what they mean for all of us, male and female, in the midst of sweeping changes to gender roles in the 21st Century.

We start with the Australian context. In the denomination I am ordained in, the Australian Christian Churches, an egalitarian policy was set from the very beginning – in fact many of our earliest churches were pioneered by women. But that isn’t always the case for most of our Australian mainstream denominations. Usually there are some ceilings on women in leadership, although you will find variations wherever you go.

The fact is, our society is in a state of massive transition in this area. It was only a century ago, that women were allowed the vote; only decades ago that they were given university entrance. Even in the church, we have held that women were not of equal value to men  for most of our history. Augustine himself said that women were only made in the image of God when she was “joined to a man as one flesh”! Thankfully these days, no-one would argue that men and women are of equal value – the issue lies more in the roles that men and women should take.

For me today, being a ‘woman in ministry’ has no significant bearing on what I do, but it wasn’t always that way. I was raised in a very conservative environment where we understood that women’s place was always subordinated to a man. In our church, women couldn’t preach, speak in the public service or lead any ministry unless it was to women and children. We weren’t even allowed to carry the offering bags! So there were two major issues for me in my journey into ministry as a woman:

1. A Theology for Women in Ministry

This perhaps is the most obvious one. Being raised in a strong Bible teaching church I couldn’t overlook some of those seemingly explicit statements in 1 Timothy 2, 1 Corinthians 11 and 14 that said women should be silent and they shouldn’t teach or lead a man. If the Bible said it, that was it; I couldn’t do it. So I needed to do some serious theological digging before I could fully pursue the call of God on my life.

2. The Identity of Women in Ministry

This issue was far more challenging. If you believe that a woman should always take a subordinate role, it will impact who she is. I’d been taught both consciously and subconsciously that a woman should always be quiet and passive. She shouldn’t be strong, decisive, visionary or strategic. (That’s what a man is!) It took a strong mentor, an encounter with the Holy Spirit, and insights from the biblical story of Esther to show me otherwise.

Ultimately my conclusions led me to understand that both men and women are equally made in God’s image and called to partner alongside each other according to the gifts and callings of the Holy Spirit on their lives.

This journey is not just a woman’s issue. It is all our issue, because together we are called to build God’s kingdom. In the new creation God is calling us to work in co-operation, not competition where it is his Spirit that designates our giftings and callings and not our stereotypes or our societal structures.

Enjoy! Also, look out for Part 2 of this topic in the coming weeks – we will discuss the implications women in ministry for the wider community.

Subscribe to God Conversations with Tania Harris and never miss an episode.

How have you handled the shift in roles and expectations for men and women? Men, have you been led by a woman? Women, how you have handled your journey in the sphere God has called you to? Leave your comments below:

Bible references in this episode: