8 Things I Learnt on my Latest Ministry Trip 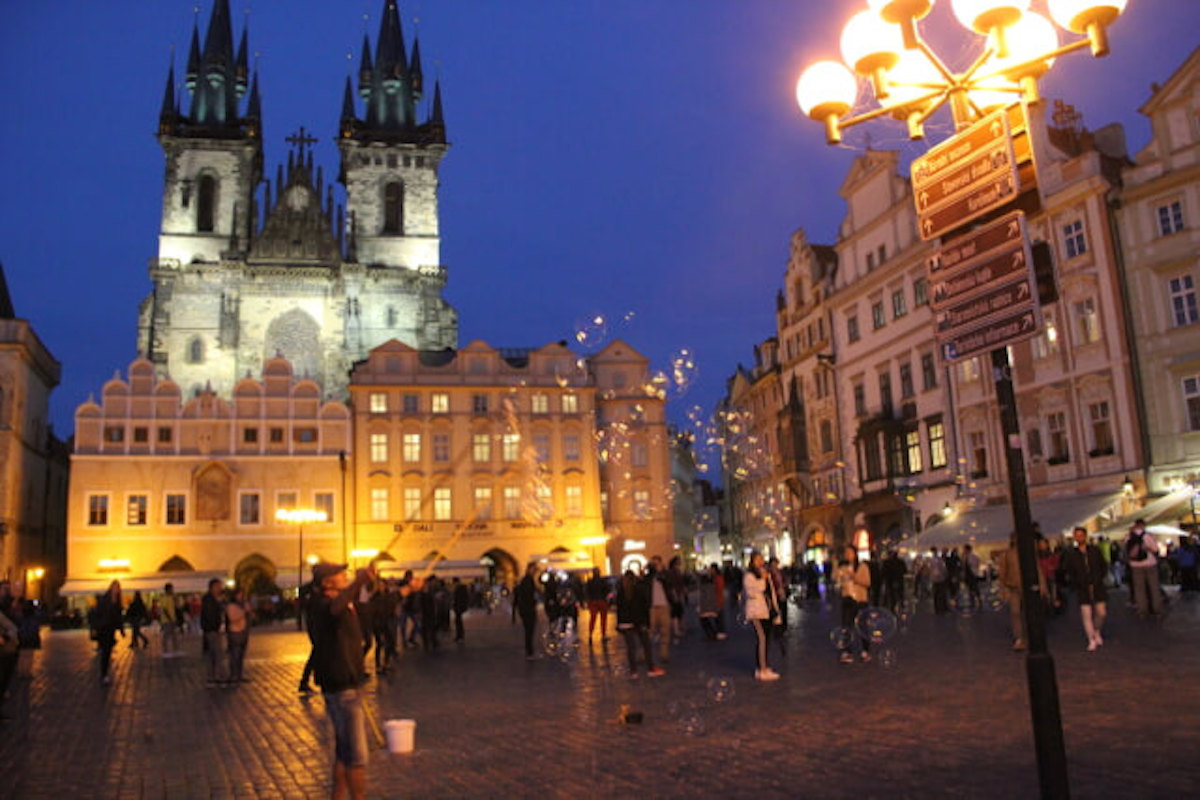 19 Oct 8 Things I Learnt on my Latest Ministry Trip

I’m just back from my Spring European tour, this trip spending most of my time in Germany with a day or two in Prague, Switzerland and Rome. One of the joys of visiting Europe every year is learning new things about about the stories and events that have shaped our world. Here’s eight things I learnt on my latest trip, plus a video clip with some of the ministry highlights (watch here)!

1. Relations between Protestants and Catholics have not always been as peaceful as they are today. During the Reformation period in the Czech Republic, conflict was partly resolved by one religious group throwing the other out of the window from a very tall tower. There’s even a term for it: “defenestration”.

So today if you go to a party in the Czech Republic you may be warned not to stand near the window! (Photo: The Old Square in Prague where the first defenestration occurred in 1419. 21 council leaders were thrown from the window of the tower opposite.)

2. God can use anything to lead someone to him – even an American Indian rain-dance. 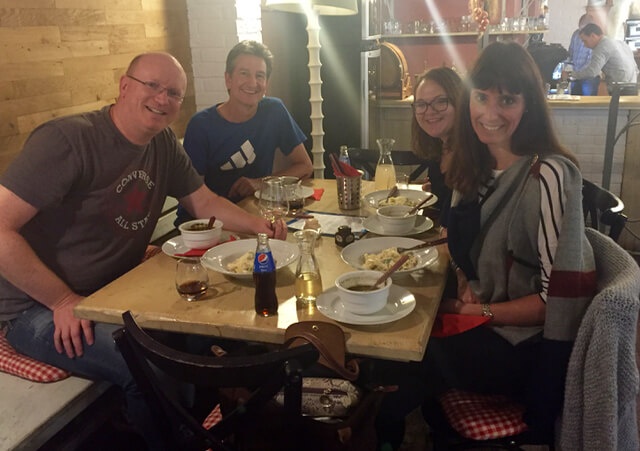 It was a privilege to meet the pastor of ICF Prague who shared his testimony with us. How does a person find God when they live in a country under communist control, they don’t know any Christians and Bibles are forbidden? Daniel Skokan shared his fascinating testimony with us as well as some of the challenges of building a church in one of the most atheistic countries of the world.

3. My translators in each church were brilliant, but biblical literacy is not always a given. 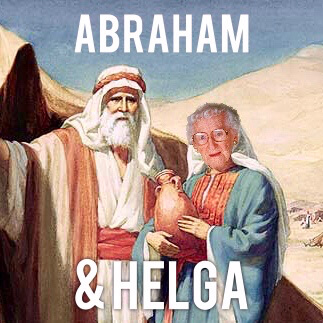 On this occasion my translator did a wonderful job apart from one small slip – translating “Abraham and Hagar” (Genesis 16) as “Abraham and Helga.”

4. Establishing trust in East German churches can be an issue today. This is likely the legacy of the Communist period (1949-1989) when people were often spied on and betrayed to the authorities for their religious leanings. (Here with Pastor Mark Schroeder, his wife Iris from Elim Church, Leipzig and my hosts in Germany, Peter and Annette Sewell).

5. Most mountains in Switzerland have crosses on top of them. 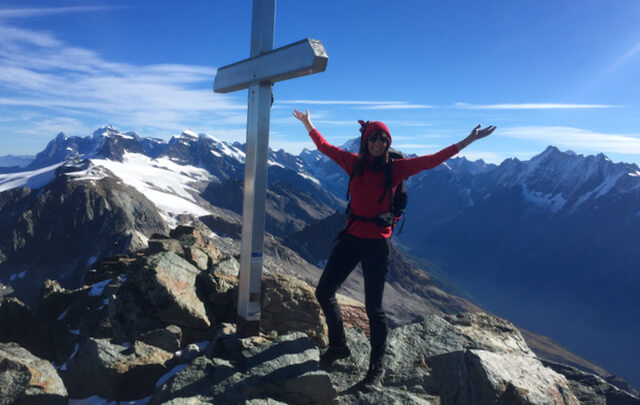 6. Elaborate mosaics of lions mark the 180m long processional walls leading to the Ishtar Gate in Ancient Babylon (as seen in the Pergamum Museum in Berlin). Since lions were seen to be the sacred animal of Ishtar, the main deity of Babylon, this sheds a whole new light on the story of Daniel in the Lions’ Den (Daniel 6). One of my favourite ‘aha’ moments! 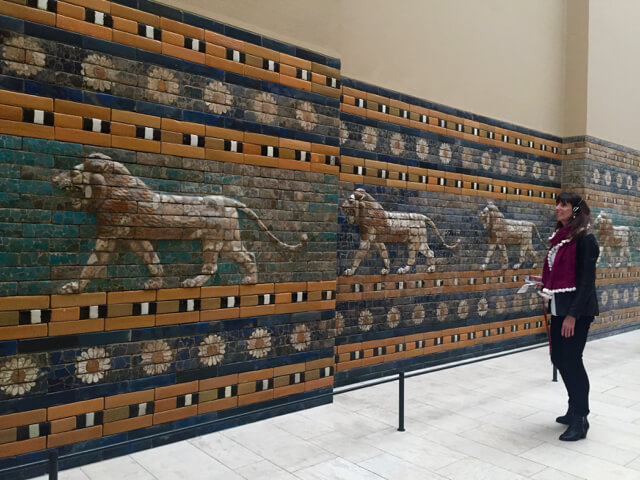 (We know this because German archeologists painstakingly removed remnants from digs in Iran and rebuilt them for the museum).

7. The City of Rome is built on seven hills, most of which are marked with important monuments and buildings from the period of the Ancient Roman Empire. The Romans also viewed 7 as the perfect number. Knowing this helps us understand the symbolism in the book of Revelation. When first century Christians who were suffering persecution under the Empire read about the seven-headed beast in John’s vision (Revelation 13), it was clear what the Holy Spirit was referencing (Learn more on the symbolic imagery in Revelation here). 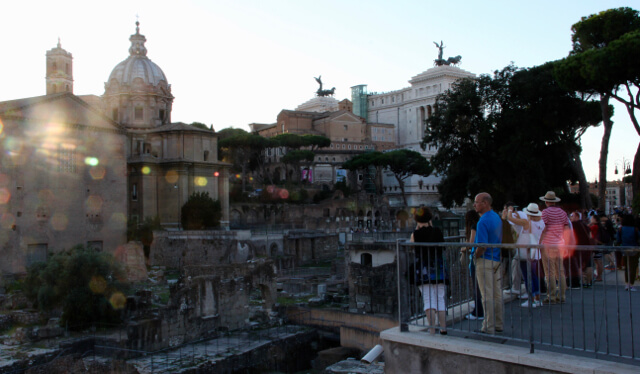 8. You can actually book to have your wedding ceremony in St Peter’s Basilica in Rome — if you book early enough. There is a nine year waiting list. 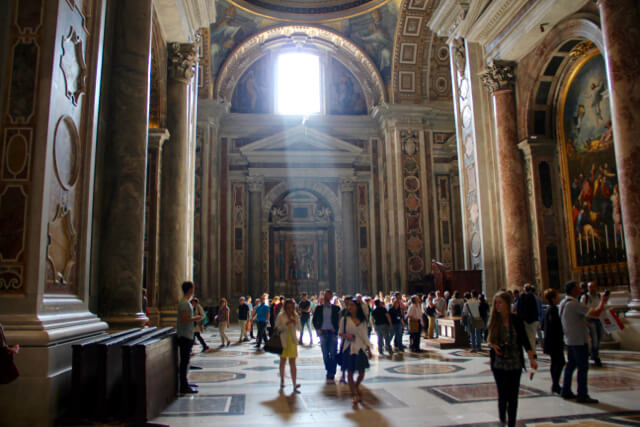 And no, you can’t change the name of the bride or the groom while you wait.