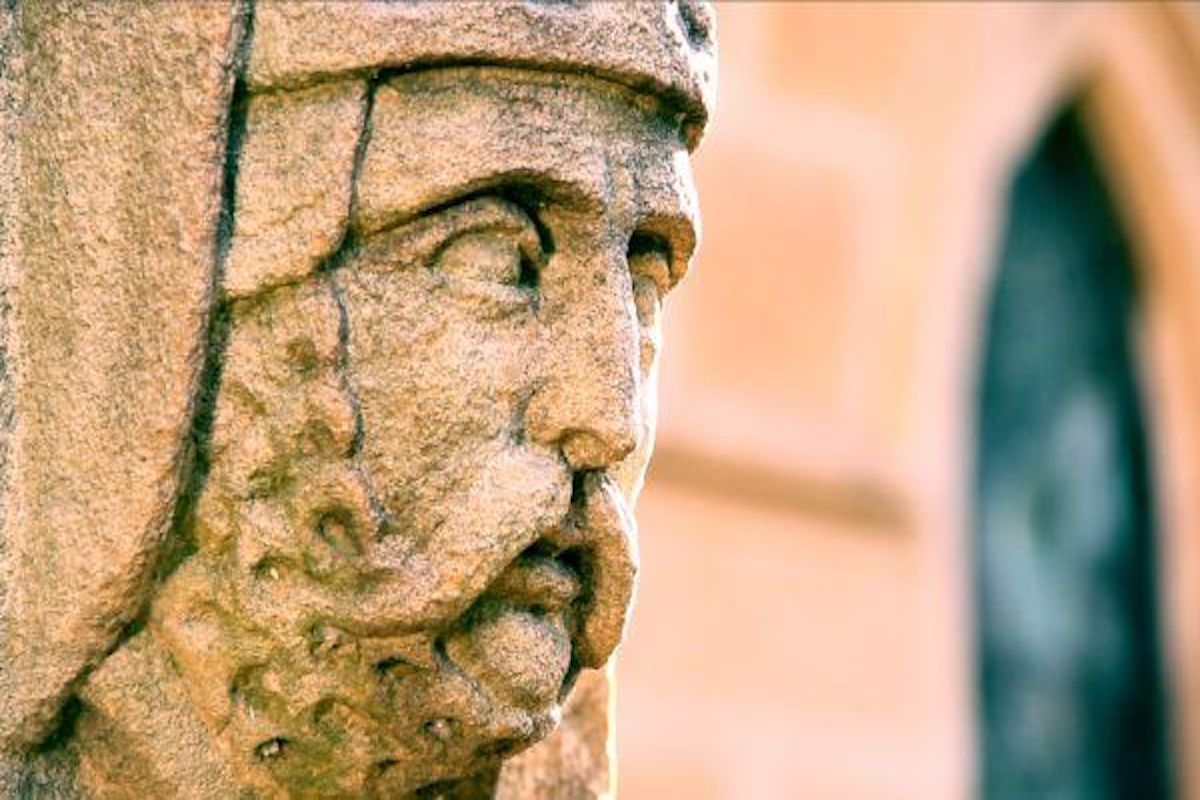 27 May The God who Speaks Back

The hot afternoon sun glinted off the golden spires of the Grand Palace casting long shadows over the crowd. In the hustle, tourists adorned with cameras mingled with the faithful who had come to worship. Our tour of the spiritual heart of the Thai kingdom led us through gleaming temples furnished with rich mosaics, jewelled altars and rooms cloudy with incense.

It was late in the day when we wandered into a small shrine that was tucked away from the noisy throng. In the corner was a stone statue strewn with brightly coloured flowers. We watched as a lady approached the statue, lowering her eyes and bowing reverently on the prayer mat. Then she reached forward and began to lift the statue above her head, groaning and straining with the burden. What was she doing?! we asked our guide.

I wondered what question the lady was asking.

I also wondered if she had done a few extra bicep curls at the gym that week.

But mostly I wondered if the lady received the answer she wanted.

Gods who Don’t Speak Back

Since ancient times people have sought answers from the gods. They have knelt at statues, made offerings at temples and cried out for celestial favour.

The God of Heaven looks on, we are told, and says of the gods they’d come to seek:

They have mouths, but they cannot speak.

Neither can they utter a sound with their throats.

God’s ability to speak is what sets him apart from other gods. It’s what makes him personal. Conversation with him is the essence of a living, breathing relationship. It’s how we connect with him. It’s how we know him. Imagine having a relationship with someone without hearing a word from them.

That’s why when we read the history of God’s relationship with humanity, we always see him speaking. From the time we see him walking and talking with Adam and Even in the Garden in the cool of the day, when we see him having conversation with Moses at the top of a smoking mountain, when we witness his word to leaders and to prophets and to kings right through to the time when we listen to the powerful visions revealed to the Apostle John in Revelation, the Creator God is presented as the One who speaks. We read; “And God said,” so often in the Bible, we almost overlook its significance.

It’s no surprise then when Jesus comes to us, he is described as ‘The Word’ – the living word become flesh. Everything Jesus said and did speaks to us of who God is. Then when Jesus completed his mission and left the planet, he sent us his Spirit so that we too could hear directly from him (Acts 2:17).

Hearing God’s voice is not just a nice mystical experience. It’s not an optional extra like frosting on a cake. It’s part of our inheritance as his people. When we kneel before him at the altar of our lives, we can be assured he is not set mute in stone. He is the God who speaks back.

What’s been your experience hearing from God? How have you experienced the God who speaks back? We’d love to hear from you in the comments below: