How do you Know it’s God? The Definitive Guide 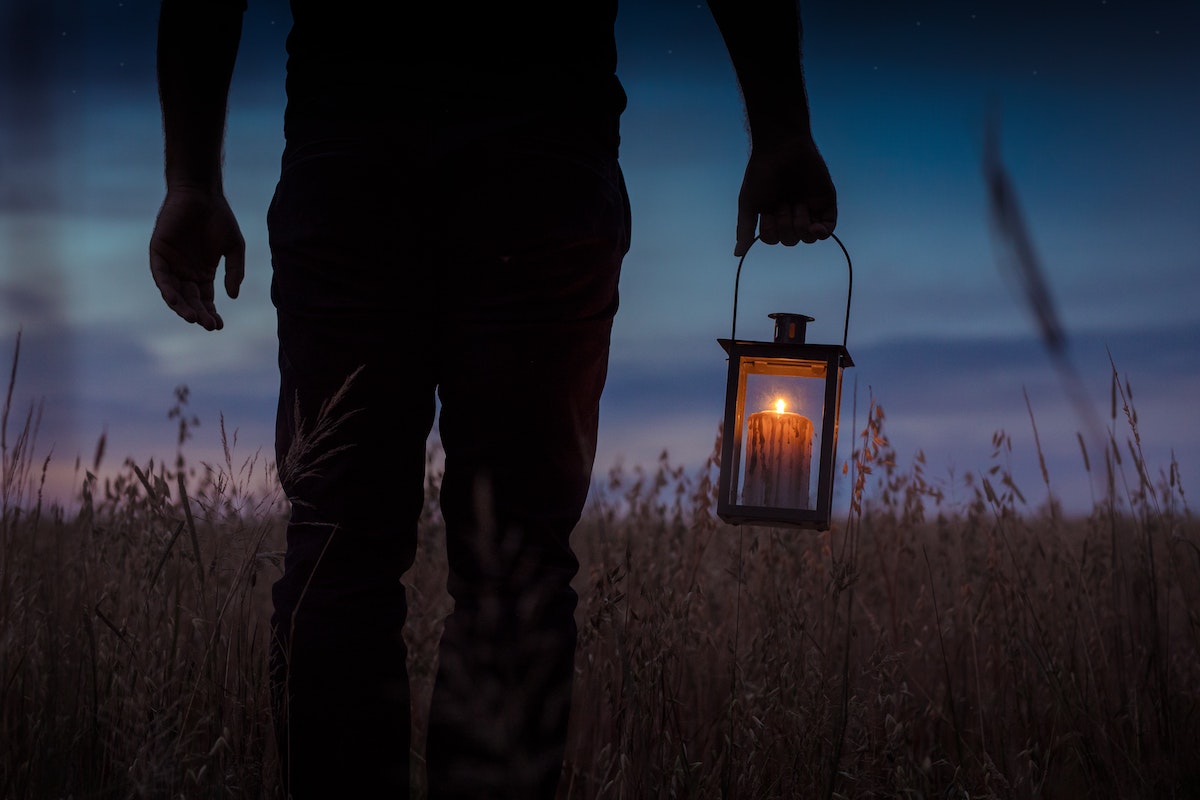 04 Mar How do you Know it’s God? The Definitive Guide

We know that God speaks, but how do we know it’s God we’re hearing? We may have heard the stories of God speaking and the miracles that result. We know that the testimony of Scripture is that God speaks in order to build relationship with his people and invite us into his plans. But we’ve also heard those fearful stories of people who thought they heard from God and got it wrong. So, how do we get it right?

The starting point is to first admit that we can get it wrong. Our mindsets, experiences and desires all create a fuzzy filter through which we interpret our experiences. We hear what we want to hear. We see what we want to see. The voices we experience come from three different sources: God, the Enemy or ourselves. That’s why every claim to revelation must be tested (1 John 4:1).

At the same time, we know we can get it right! Hearing from God starts with the conviction that God’s voice can be recognised. God’s heart is that we may hear his voice clearly so that we may follow (John 10:27). So we approach God with faith and confidence, knowing that the Spirit is given to speak to every person who chooses to follow Jesus (Acts 2:16,17). Then we position our hearts to put God first (Matt 6:33) and ask God to speak (1 Sam 3:10). Once we think we’ve heard from God, we need to test what we hear.

How did Peter Know it was God?

The process of testing is modelled vividly for us by the early church. The first disciples understood that the Spirit had been given as the continuing voice in the ministry and mission of Jesus (John 14:26;16:7,13). The long-awaited promise was that the Spirit would speak in dreams and visions as he had to the Old Covenant prophets (Acts 2:16,17). We see this start to happen in the book of Acts, with the Spirit of Jesus speaking in dreams and visions to people like Paul (Acts 9:1-19), Stephen (Acts 7:54-56) and Phillip (Acts 8:26-30).

Then we see the Spirit speaking to Peter (Acts 10:1-10). Peter is praying on his rooftop when he receives a vision. He sees a table of non-kosher food and hears a voice saying it is acceptable to eat. At first Peter is confused, but he later understands it to be God’s message that the offer of salvation was not just for the Jews, but for the Gentiles as well (Acts 10:28).

The question is, how did Peter know it was God? This new revelation came while Peter was hungry and waiting for lunch. He prayed, fell into a trance and dreamt of food! What’s more, everything about the visionary message defied Jewish beliefs about God’s requirements. Laws about non-Jewish people had been founded by Moses and were an integral part of the Old Covenant! Passage after passage in Scripture told of the uncleanliness of the Gentiles. As God’s holy people, Jews were to remain completely separate from them. Gentiles were not to be invited into Jewish homes. They were not permitted entry into the most holiest parts of the temple. They were ritually unclean.

And yet, here is Peter claiming that the plan had changed because “God had told him.” Now the Gentiles were welcome to join the people of God. Suddenly God no longer played “favourites” (Acts 10:34). You can imagine the raised eyebrows. The intense amount of opposition from the “Judaizers” later (eg. Gal 2:11-13) gives you some idea of the radical nature of Peter’s new revelation.

Yet Peter had enough confidence to claim divine origins and act on his vision. He knew he could get it wrong – he had before (Matt 16:23) – and the call to “test the spirits” was on him as much as it is on us. Yet on this occasion Peter knew that it was God and therefore acted on it. His God-conversation became the impetus for a movement that would make claim to more adherents across the world than any other religion. His experience gives us a clear example to follow when it comes to recognising the voice of God.

Three tests can be seen in Peter’s experience:

1. Would Jesus say this?

The first and most important test in Peter’s story was: would Jesus say this?

When Jesus was on earth, he had told Peter and the disciples that the Spirit would remind them of the truths he had established (John 14:26) as well as speak of “what was to come” (John 16:13). Peter’s vision on the rooftop fell into the later category since Jesus had not given any instructions about building the church (Matt 16:18). But Jesus had been clear – as his continuing voice, everything the Spirit said would be consistent with the nature of God seen most fully in him. Peter was called to build the church, but at the time the church was only comprised of Jews. Would Jesus say the Gospel was for the Gentiles too?

Peter had spent three years of his life getting to know Jesus as “The Word” in the flesh (John 1:1,14). Though Jesus’ ministry was nearly entirely with the Jews (Matt 15:24), at times he crossed paths with the Gentiles. Jesus healed the Roman Centurion’s son (Luke 7:1-10). He spoke of Samaritans as neighbours to be loved (Luke 10:25-37). And most importantly, his parting words were to preach the Gospel to all ethnicities (Matthew 28:18-20). As Peter pondered the vision, he remembered the witness of Jesus (Acts 11:16), and yes – it was consistent with the vision on the rooftop. Peter’s experience passed the most important test. Jesus would say this.

The same test applies to us today. When the Spirit speaks about “things to come” (John 16:13; Acts 2:38,39), the message must line up with the nature of God in Jesus. Jesus is described as the “perfect image of the invisible God” (Colossians 1:15) and the “exact representation of his being (Heb 1:1-4). Therefore, every dream or vision; every Spirit-leading; every claim to divine revelation should be tested against the question; “Would Jesus say this?” Does it line up not only with everything he said, but with everything he did? Is it consistent with Jesus’ words of compassion, his touches of healing and his acts of sacrifice? Does it concur with his teaching on the kingdom, his provision for the hungry, his kind and gentle treatment of women, children and the poor? For, the testimony of Jesus is the spirit of prophecy (Rev. 19:10).

This is one of the reasons why the New Covenant is superior to the Old (1 Cor 11; Heb 8:6-11). We have much greater clarity in hearing the Spirit than Abraham, Moses or Isaiah ever did. The incarnation of Jesus vividly demonstrated God’s nature and gave us a kaleidoscope of scenarios by which we can discern our own. Of course, the most reliable and true record of Jesus has been handed down for us in the Scriptures. Our experiences are best discerned when we become familiar with his life and teachings by reading them deeply. The more you know Jesus, the easier it is to recognise the voice of the Spirit.

2. Is someone else saying this?

The second test answers the question; is someone else saying this?

God makes his messages clear by speaking to another person. In other words, God speaks twice. So while Peter is visioning the lunch menu on his rooftop in Joppa, God is speaking to someone else – a Gentile named Cornelius over in Caesarea. The Spirit brings them together and after comparing their experiences, they realise God is speaking the same message to both (Acts 11:11-14).

This is the pattern God continues to use to make his messages clear today. There is safety in numbers. Like the witnesses in a law court, more than one voice serves to establish the truth and filter out the mistakes. When there’s only one witness, it is far easier to get it wrong. This is another reason why the New Covenant is so much better than the old. No longer is the experience of hearing from God relegated to the lone voice of an isolated prophet “crying out in the desert” (John 1:23, from Isaiah 40:3). Now that all have access to the Spirit, God speaks to more than one. This is why we need the church to hear clearly from God.

The church community also plays another role in testing our experiences. Though everyone in church will not hear from God directly about an issue, they may be able to provide a degree of wisdom. When we speak of the “church” here, we are talking about the friends and family who know us well – those who are familiar with our character and our history; our foibles and our blind spots. These people are in the best position to provide an objective perspective.

We see this in Peter’s story. After his time with Cornelius, he takes his experiences to the wider church. He shares his and Cornelius’ story with others and they reflect on it together. When the final verdict is given, it is deemed to be “good to the Holy Spirit and to us” (Acts 15:28).

3. Are supernatural signs following this?

The final test answers the question, are supernatural signs following this?

God’s words are an instrument of his power and authority (Gen 1:3, Isaiah 55:11; John 6:63). They contain creative power to make themselves come to pass. So when God speaks, miracles follow. His messages come with tangible manifestations of his power and wisdom that Scripture calls “signs.”

You see the presence of supernatural signs in Peter’s story. They begin when Cornelius’ servants arrive at Peter’s home at precisely the right time. When the group returns to Cornelius’ home and Peter begins to preach to the Gentiles, the Spirit falls on them in the same way as on the Jews (Acts 11:15). Everyone is amazed as God affirms the message of Peter’s vision through miracles.

Today, the idea of “signs” often has bad connotations. This is largely due to the way they are abused – when people try to manipulate the circumstances or read into their circumstances (“confirmation bias”). But there is a world of difference between man-made signs and divinely initiated signs. True signs contain an element of the extraordinary – there is a miraculous touch; some element of foreknowledge that comes to pass or previously unknown information that is later verified. Supernatural signs cannot be humanly contrived. When God speaks, there will be something undeniably supernatural about it!

Peter’s God-conversation passes all three tests. It was consistent with the nature of God in Jesus; God spoke twice and supernatural signs followed. But that was not the end of the story. When Peter recognised God’s voice, he made a decision to believe what God said and followed it. It wasn’t easy for him to change his traditions. It wasn’t easy to step into Cornelius’ household and mix with those he’d known as unclean all his life. But he knew that God had spoken, and upon recognising it, he determined to follow. In the same way, God is well able to make his voice clear for us. Like Peter, we can know God’s Spirit speaking into our circumstances as Jesus continues his mission through our lives. Like Peter, God is able to make it clear as we follow the tests he has provided. And like Peter, obedience to God’s word can change the world.