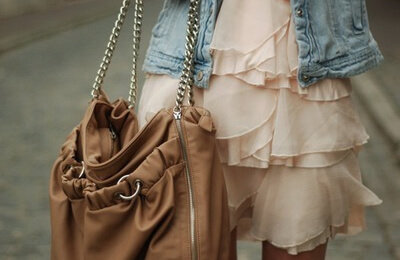 This week my flatmate and I were elated to discover the perfect top. It’s a long black kimono made of lace with fringing on the sleeves – the perfect accompaniment on a chilly night or to dress up a speaking outfit. And did I mention it was a bargain? So we bought one each with the condition that we’d never wear it at the same time.

There’s something wonderful about wearing a new piece of clothing and finding the garment that compliments your wardrobe perfectly. We’re free to enjoy our bodies and express our God-given creativity – but is there a limit?

After we’ve moisturised, toned, cleansed, de-frizzed, trimmed, plucked and painted, it might be time to ask the question, are we spending too much time doing this? Are we too focussed on what we look like?

It seems to be more of a girl thing. Yes men have become a lot more ‘metrosexual’ these days – a male friend of mine gets regular facials – but in general it’s us women who are more fixated on our appearance. Why is that?

Why is it that women spend so much time on their appearance? What is this compelling and overriding desire to be beautiful?

In Julia Gillard’s autobiography, My Story, she tells of the time when she visited Japan after the 2011 tsunami in a gesture of Australian support. The next day, a major newspaper carried the story with a large photo of her standing in front of the devastation. It was a sombre scene. Yet appallingly the commentary focussed on her appearance: “She desperately needs a make-over. It wasn’t the carnage behind that gave me the horrors, but the woman standing in front of it.” (Loc 2974, My Story)

Which also explains why the single woman can often be a despised status in society – and why the unmarried George Clooney was the epitome of hotness while Jennifer Aniston or ‘poor Jen’ was not.

If a man had been in the same position – powerless and only able to survive if he found a breadwinning wife – you bet he’d be using face moisturiser, visiting the gym and spending all day shopping for the perfect muscle t-shirt.

Ancient societies were set up to cater for this. If your husband died, you had to marry your late husband’s brother or you would be destitute. That’s why the story of Ruth is so focussed on finding a husband. It’s also why we find that odd story about Tamar in the Bible – the one where Tamar is lauded as the heroine for dressing up as a prostitute and seducing her father-in-law (Genesis 38). Society was constructed around this principle. You had to spend a lot of your time caring for your appearance. It was a matter of survival.

We are still in the throes of this.

I received an email recently from a man who listened to my podcast; “You have pretty hair,” he wrote.

Are you kidding me?

I do have fairly good hair by the way and I’m actually okay if you compliment me on it. But the truth is, I didn’t do anything to get this hair. Not much anyway; perhaps a good hairstylist and some quality products. Truth is, I got this naturally wavy brown hair just by being born. My brunette locks are courtesy of my late father.

So when the podcast listener complimented me on my hair, I would have preferred him to say; “I was so blessed to hear your teaching – now I know how to hear God’s voice.” I want respect for my efforts, not for my appearance. It’s not a gender thing; it’s a human thing.

However, true beauty, the apostle Peter writes, is of the spirit – it comes from within and is focussed on our character – not on our appearance (1 Peter 3:3-4). Virtues like gentleness, peace, honesty and courage are the clothing of a truly beautiful woman. They may be a little more difficult to find than a black lace kimono on sale, but it’s this kind of style that is of great worth in God’s sight.

How much time and effort does a godly woman spend on her appearance? Any thoughts? We’d love to hear them here: